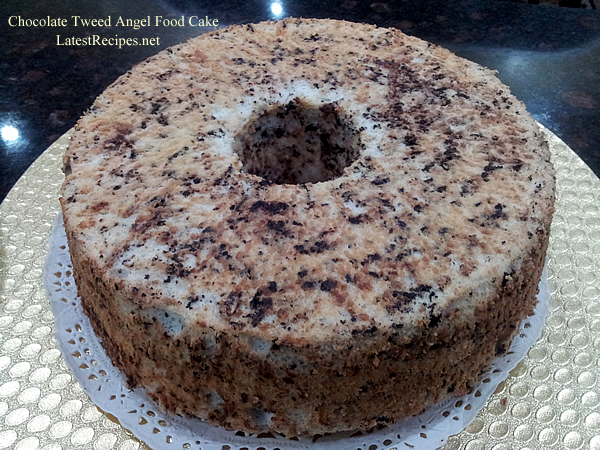 Angel Food Cake like its name, is so white and angelic in it’s lightness; you won’t feel bad eating this cake..okay, maybe just a teensy bit ( if you’re on a very strict diet) because it may not have the fats but it has lots of sugar, after all.  This cake in particular has chocolates in it, but there is nothing to worry about because it is unsweetened. ü

I’m not a big  fan of angel food cake, I prefer  the richness of dense cakes or creamed cakes but once in a while I like to make something that is healthier than the usual cake that I make; and  since my daughter and husband are getting health-conscious (read: figure-conscious), I  thought this cake would be perfect.

I have originally planned on vanilla for flavor but then I saw this cake from Rose Berenbaum, called Chocolate Tweed Angel Food Cake – it has specks of chocolates in it and  it just looks so divine, sweet…sugar crush! (lol) that I decided to give it a try.

Oh, but the recipe, it asks for 16 egg whites!!  That much egg??! I was short of an egg but I already pre-conditioned myself  that I will be making angel food cake ..you know, my mind and tummy were already expecting it,  so I just made some adjustments and decided to use a basic angel food cake recipe which only calls for a dozen egg whites then just added grated unsweetened chocolate. I was a bit apprehensive that it will not turn out the way it should..but it did. Yay!  I’m not sure if my angel food cake taste as good as the one I’ve seen in photos , but all I can say is that, it is pretty awesome, the way an angel food cake is awesome. 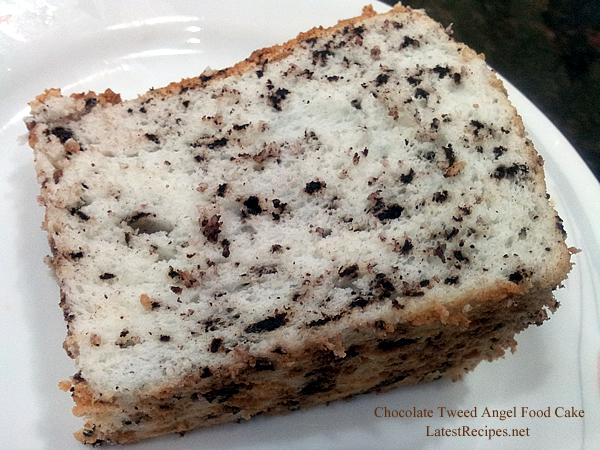 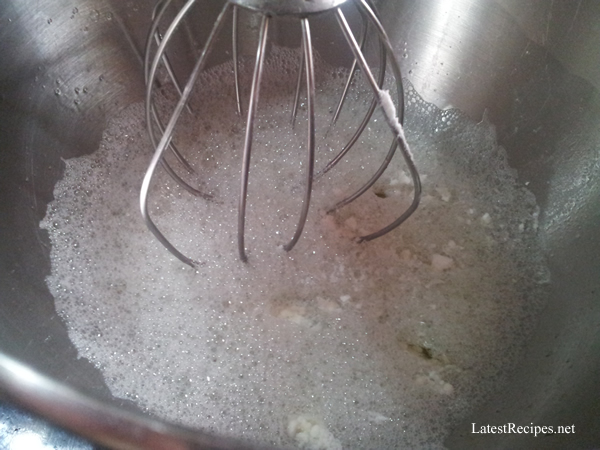 Start with a clean bowl of your mixer, add egg whites, beat until frothy then add cream of tartar 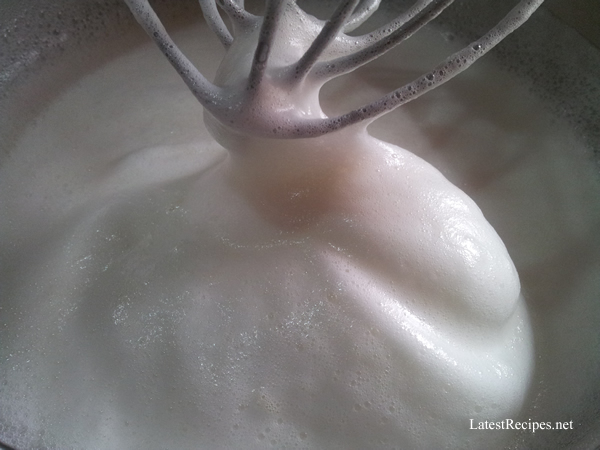 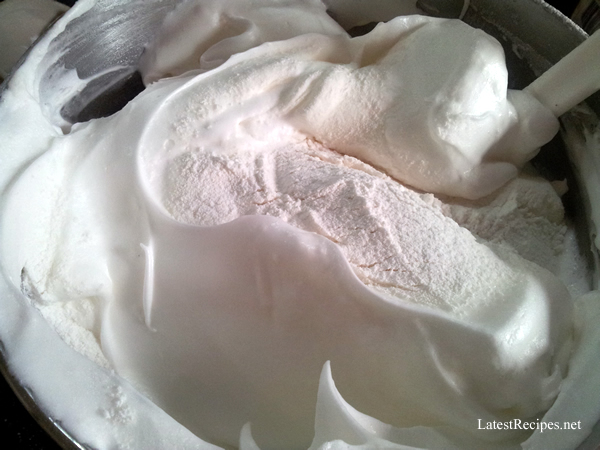 beat until  stiff peak stage, it should look glossy and really fluffy but not dry. Fold flour gently 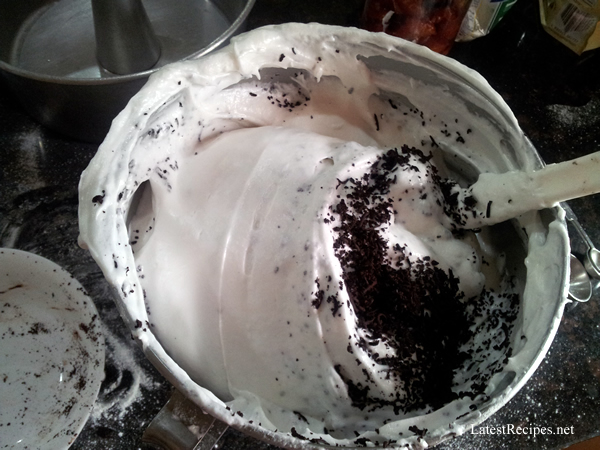 then the finely grated unsweetened chocolate..(look at that mess!) 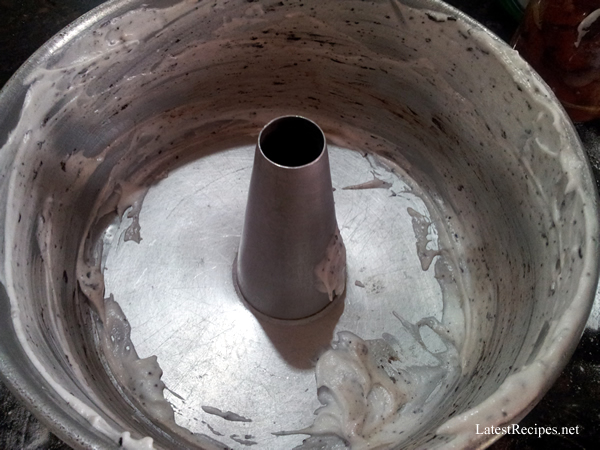 spread some of the egg whites batter on to the bottom and sides of an ungreased fluted pan, for a nicer looking cake 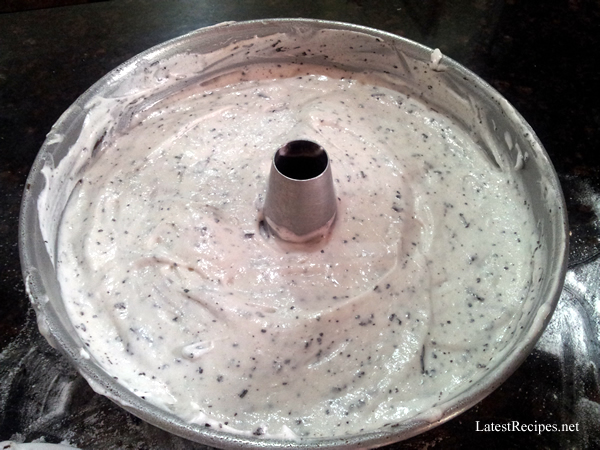 spoon all the egg whites mixture into the pan and bake. 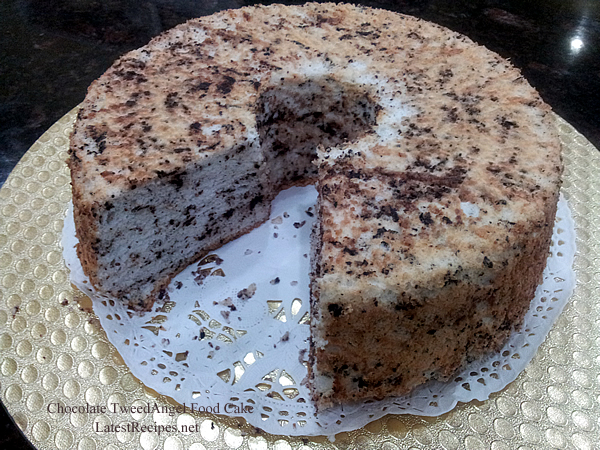 immediately invert the fluted pan into a wine bottle or anything that will keep it elevated so the air can circulate. Cool completely before taking the cake out of the pan using a spatula 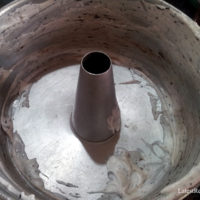 You can make a batch of these and store in the freezer. Serve it your favorite marinara sauce for a delicious...
Read more
American

This is another delicious way to cook barbecue ribs. I like it just the same as when I boil or steam the...
Read more
Cream

Adapted from Nigella Lawson's recipe. It requires more effort to make but it is so worth it, the texture and taste is better and...
Read more

I love mojo potatoes from Shakey's and this is my homemade version of it.  It's not an exact recipe, add more or less of...
Read more

This bread pudding is not the kind that you serve with sauce or eat with a dessert spoon or fork;  it's the kind that...
Read more

I used to hate this dish when I was young, I didn't like the taste of fermented black beans and the milk fish has...
Read more

I know Sukiyaki,  the song- a beautiful, sentimental song translated from a popular Japanese song but I had no idea what a sukiyaki dish...
Read more
Load more 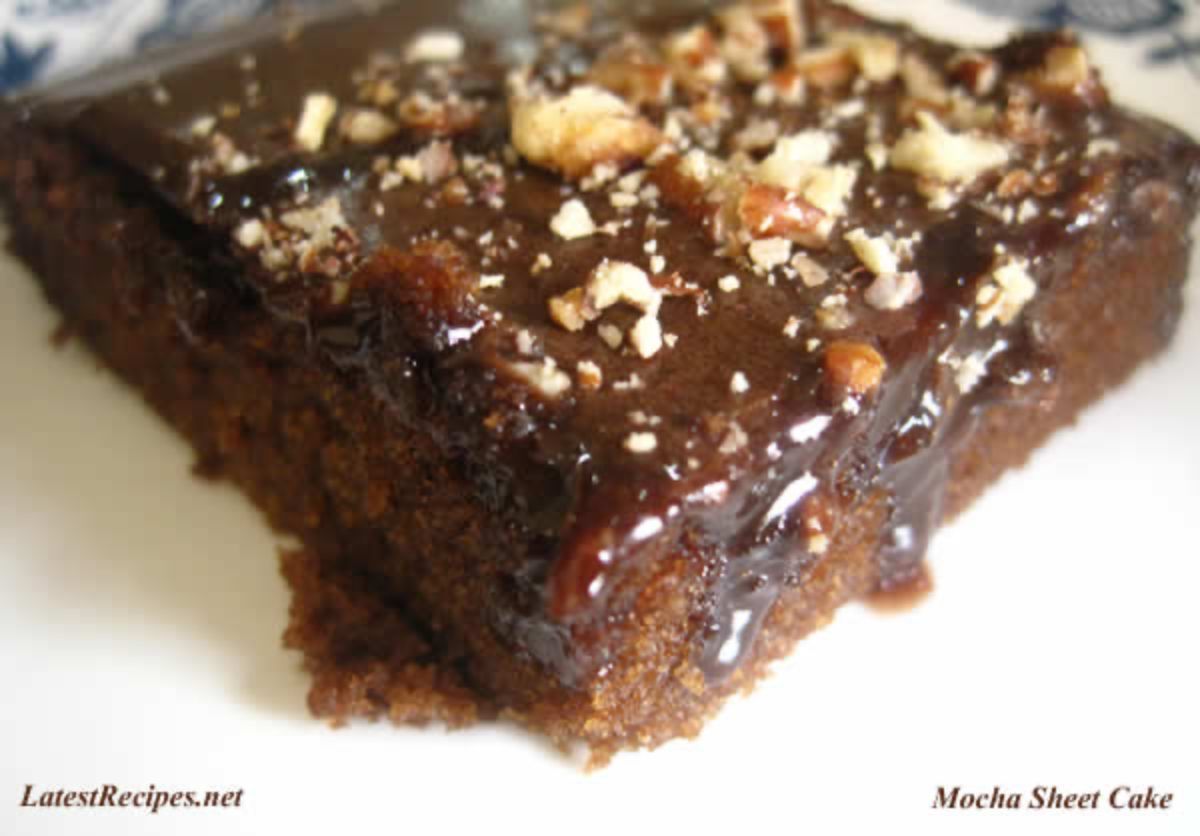 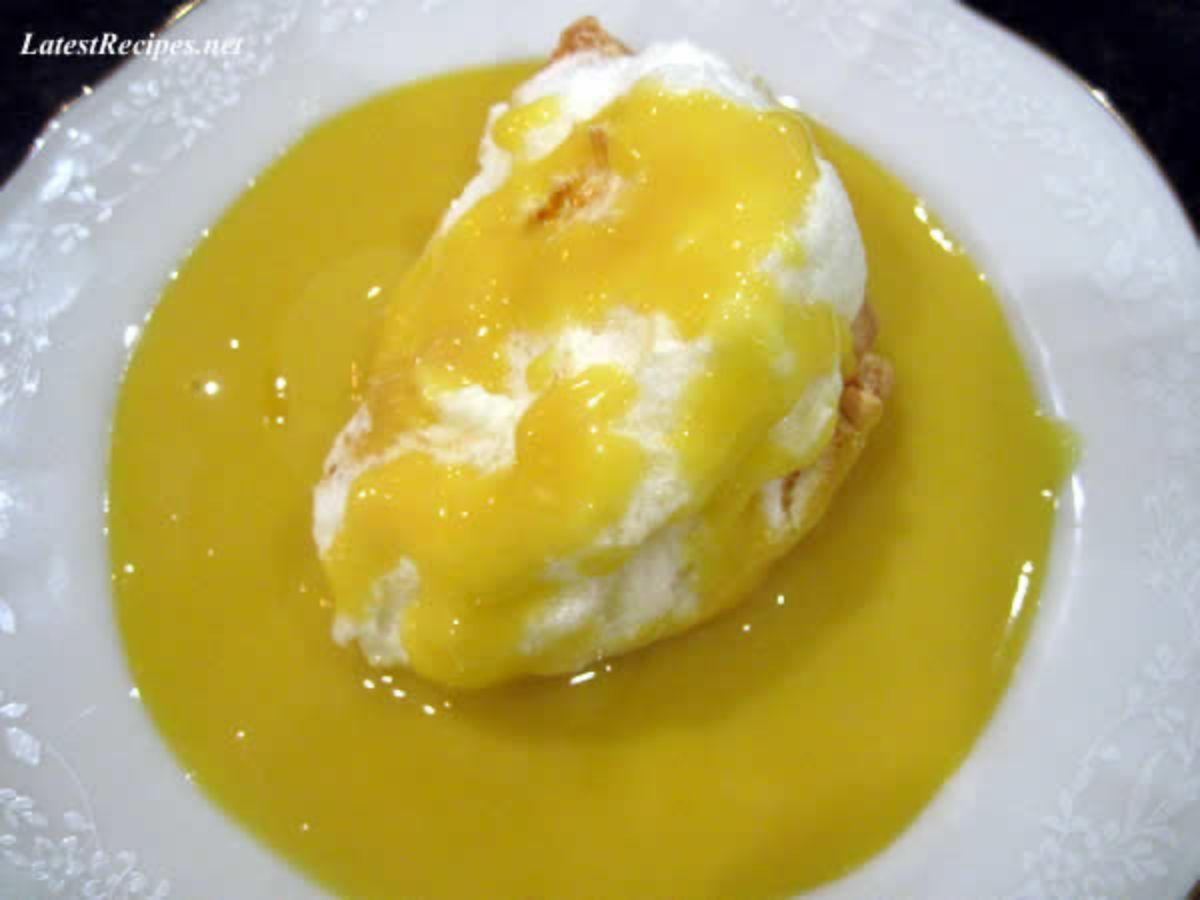 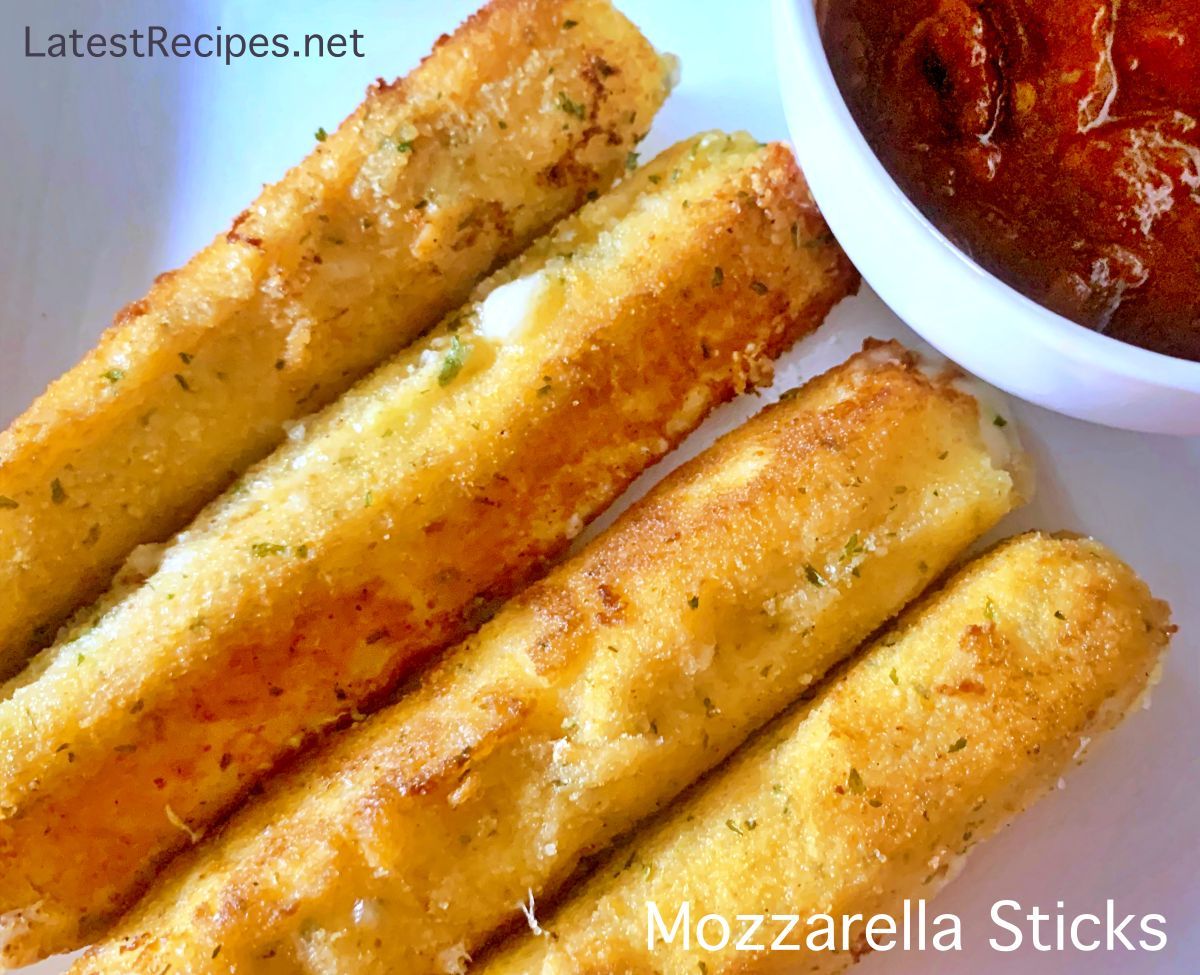 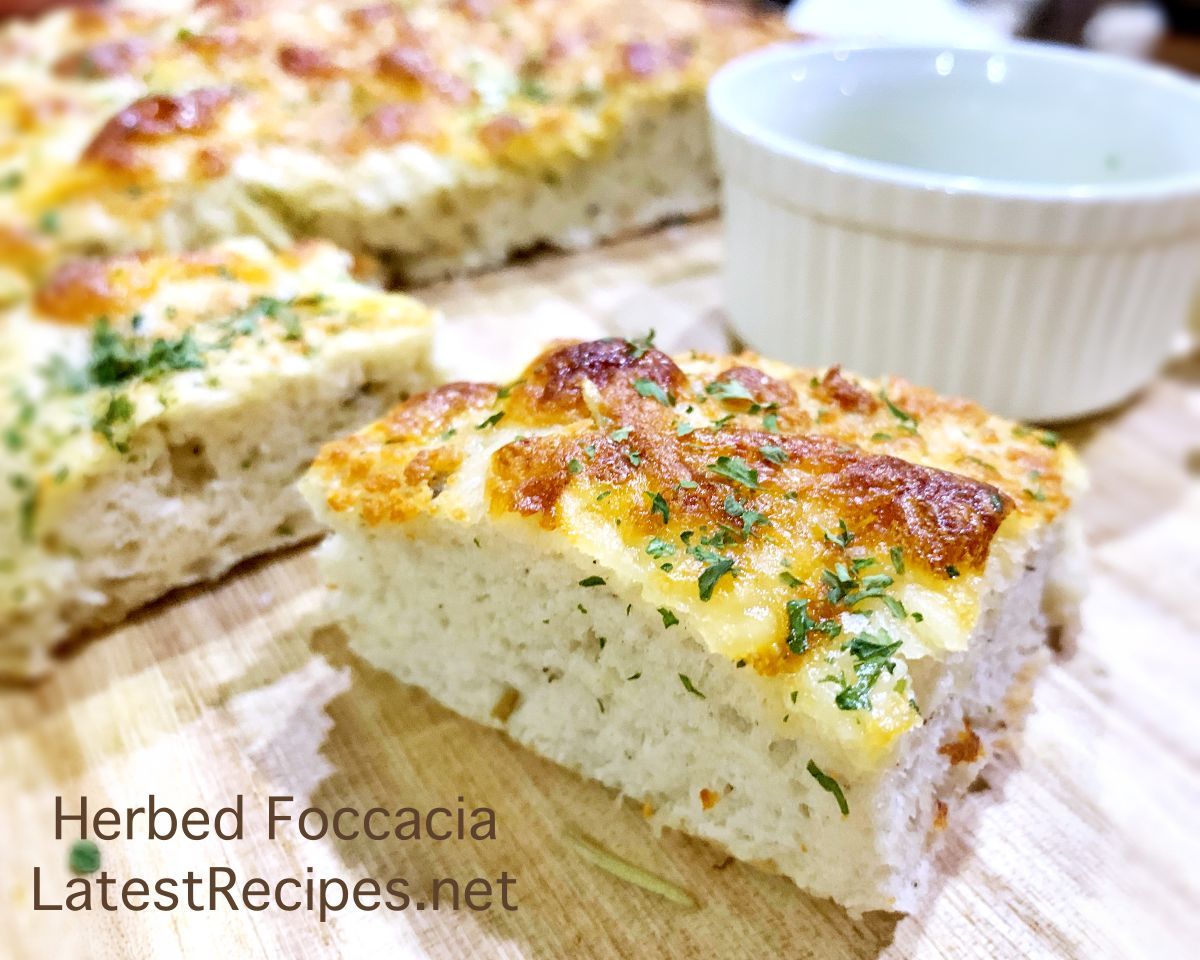 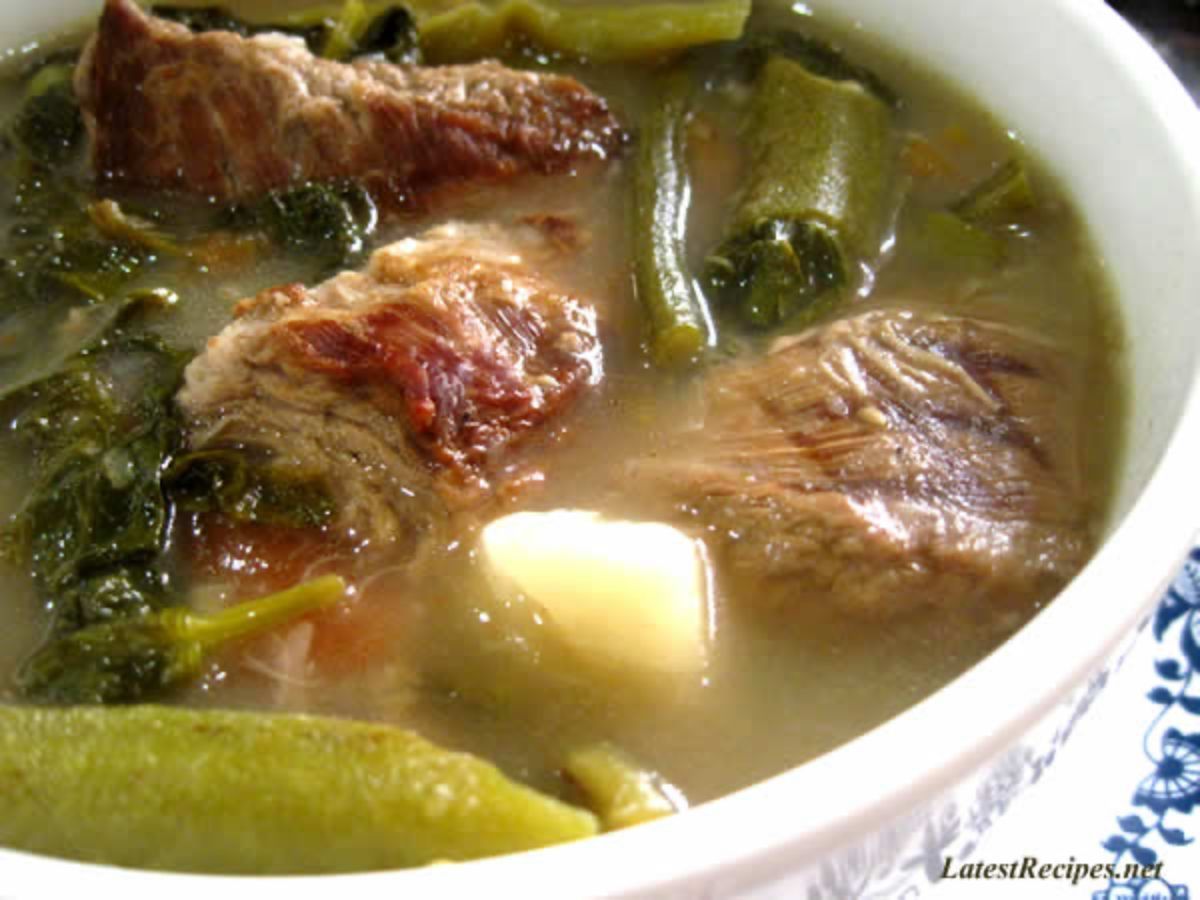 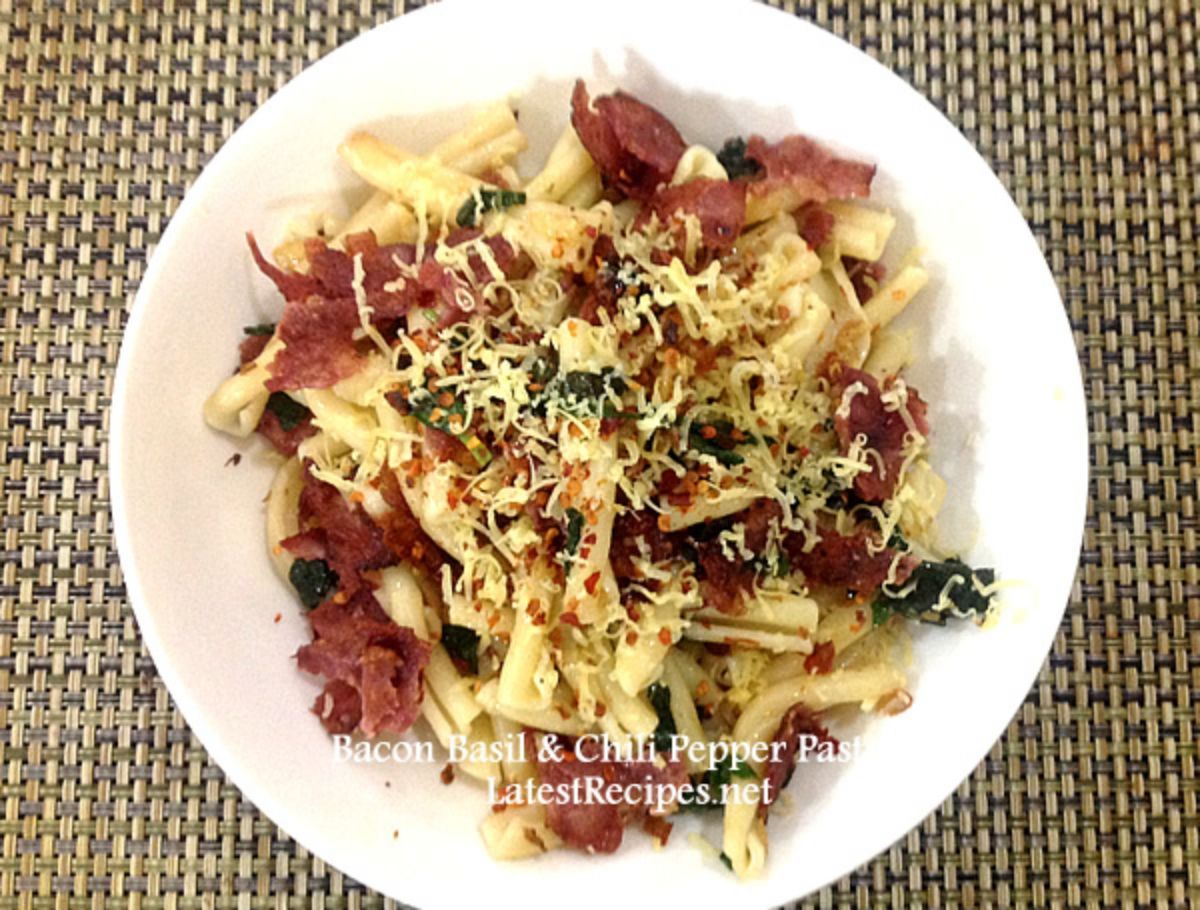 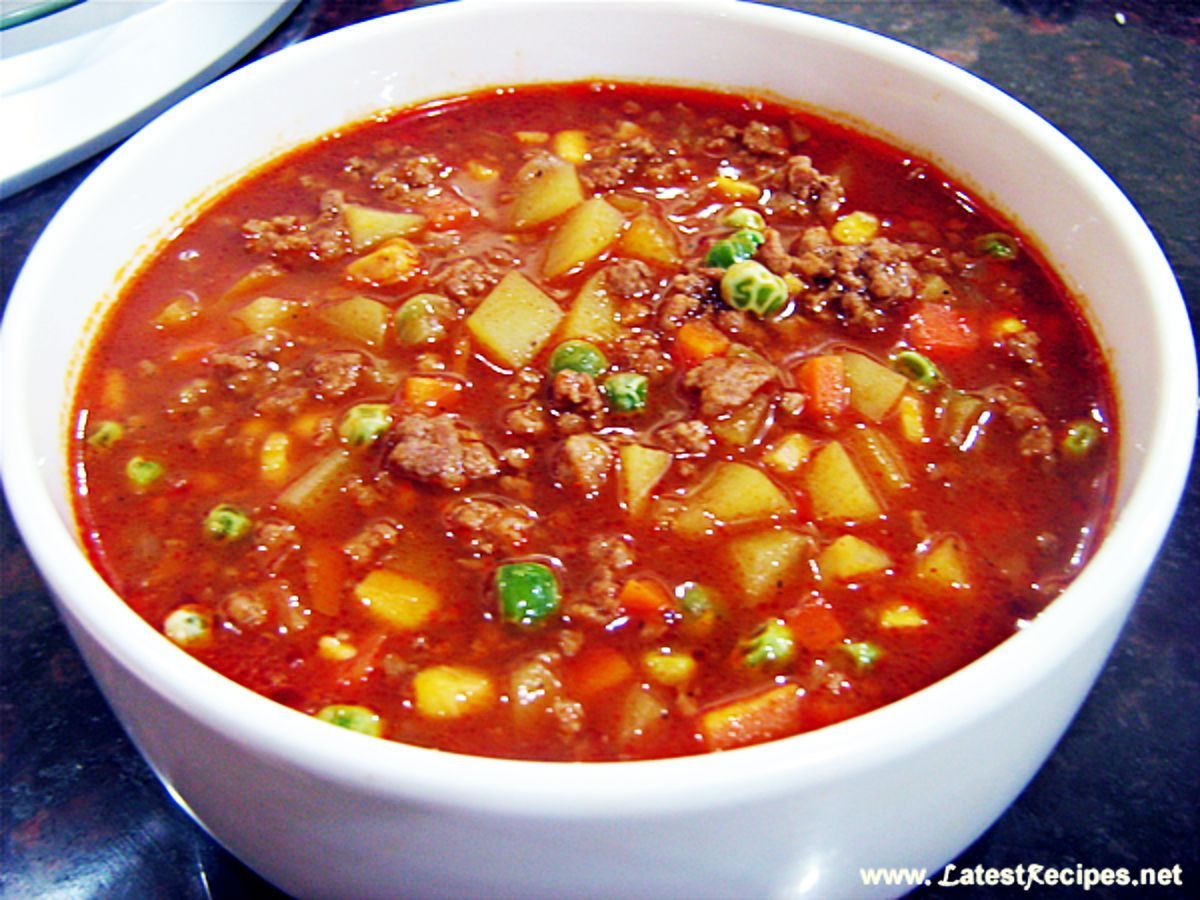 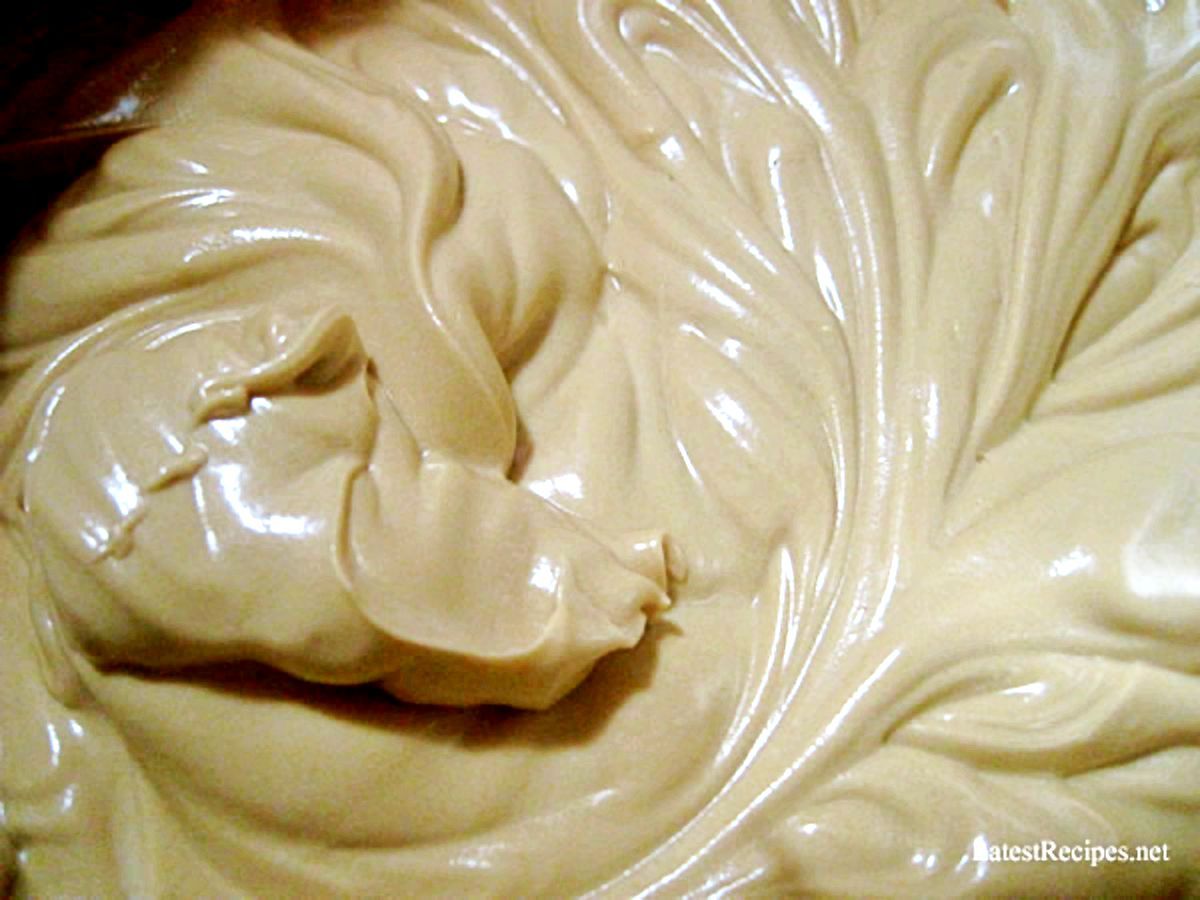 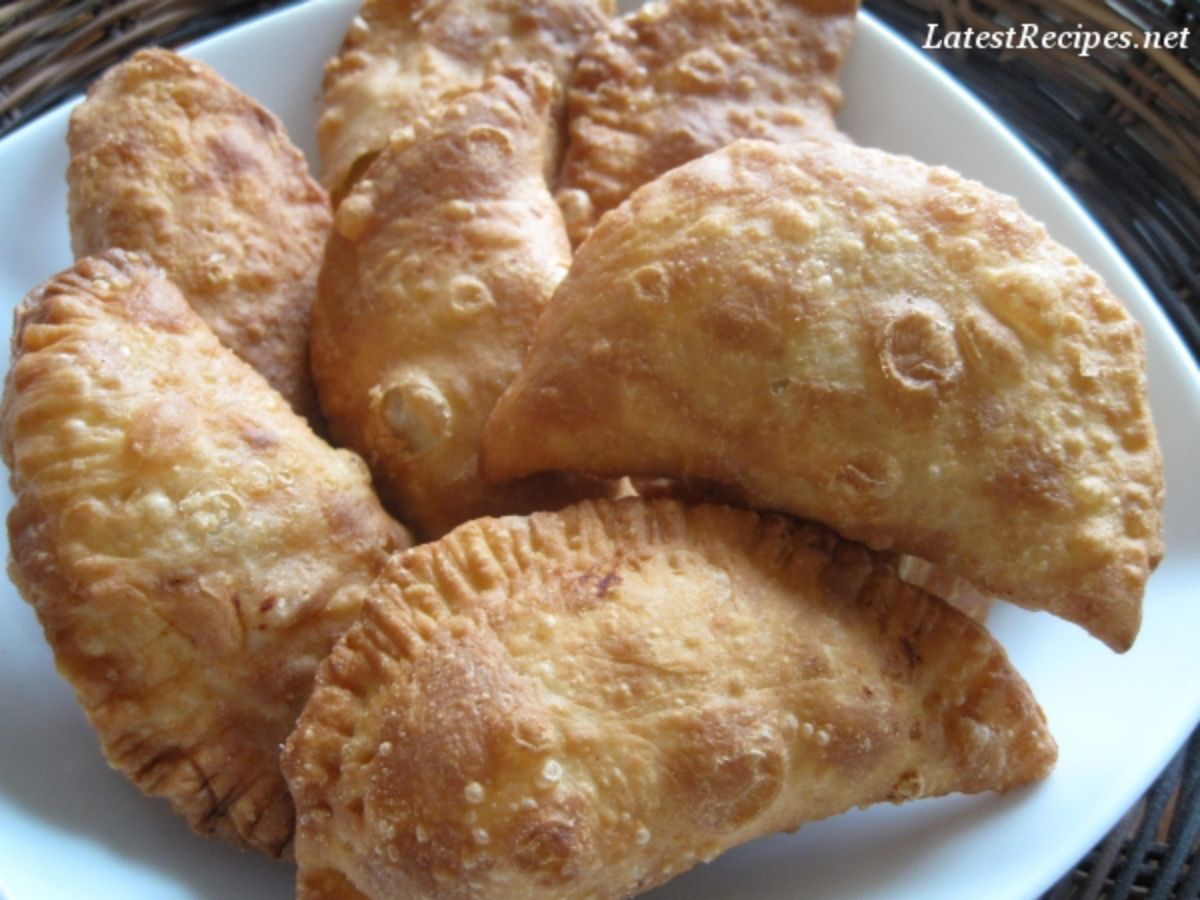 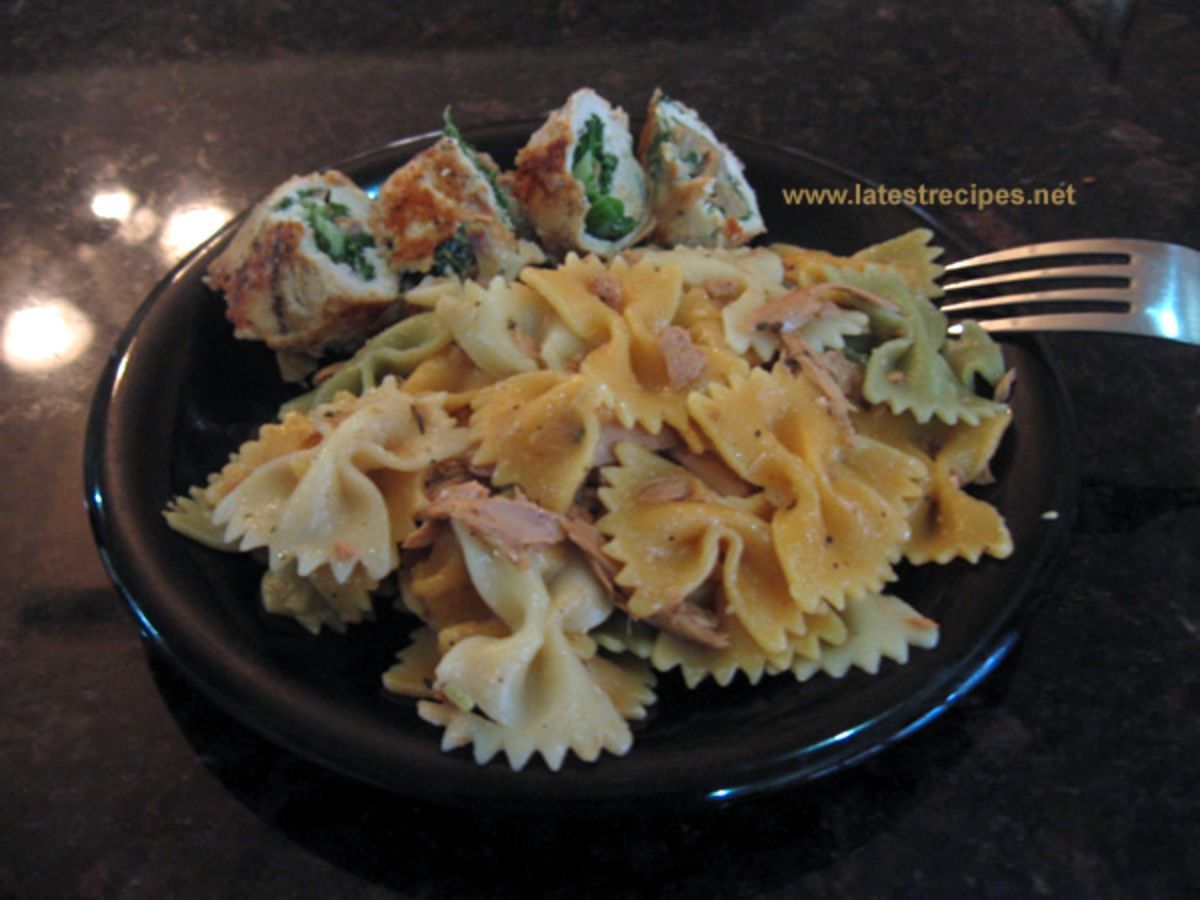 This recipe is from a classmate in college, she posts photos of delicious food she cooks for her family in FB. I  was intrigued...
Read more

Layer cakes are beautiful but they take a lot of time to make so I make cakes like those on special occasions only. For...
Read more

Gumbo is a Creole/ Cajun dish of stewed okra often with meat or seafood.  This is a very simple and easy version of that...
Read more

You can make a batch of these and store in the freezer. Serve it your favorite marinara sauce for a delicious...
Read more

It's been more than a couple of months of community quarantine and we are missing siomai, so we made it at home....
Read more

Zabaglione or Sabayon is an Italian custard sauce made with egg yolks and sugar and Marsala wine, but I like to use...
Read more

Sign up and get updated with all the latest recipe postings, offers and special announcements from Latest Recipes. Rest assured that we will never send you unnecessary ads and messages.