Latik is what makes some kakanin like biko, maja and suman-latik so irresistibly good. Sometimes I just eat it by itself, I can’t stop eating it once I start. My siblings and I used to fight over it when we were little. I wonder why does it taste so good? I know that it is just gata (coconut milk) and nothing else, I know that for sure because my mom cooks it often when we were kids and I used to volunteer to keep an eye on the boiling coconut milk in the pan, I remember the wonderful aroma that filled the kitchen as it cooks, and I can’t wait to get my hands on that latik. 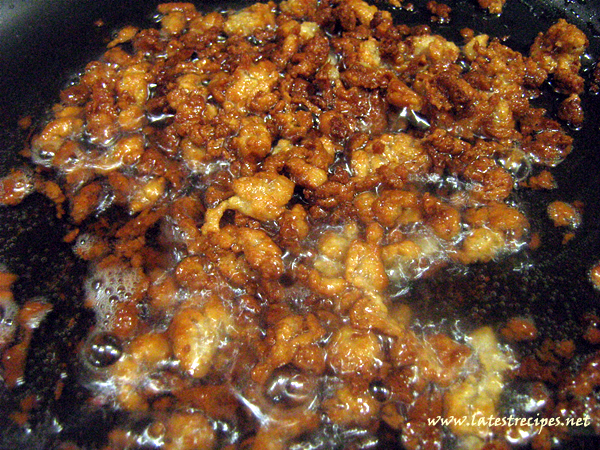 How did someone come up with this recipe? Maybe it was by accident, maybe someone forgot the coconut milk that she was heating on a stove and came back to the kitchen way too late, all the coconut milk is gone, there’s only an oily latak (residue) left at the bottom of the pan but was bewildered by how delicious the smell was and instinctively tasted the brown morsel and was instantly got hooked and decided to call the coconut latak: latik..LOL 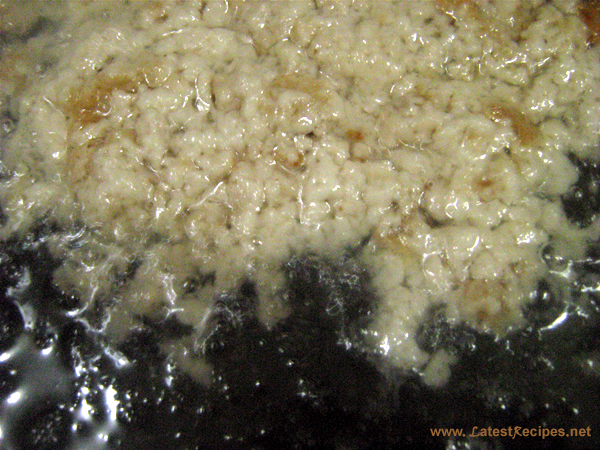 Well it doesn’t matter how it was first made or who did, I’m just glad they did and shared it . If you are not familiar with latik, it’s the brown one in the photo that looks like sauteed ground meat.

Latik is very easy to cook, as I’ve mentioned, there is only one ingredient: kakang gata, the coconut cream or the thick milk that you get from the first extraction. It has to be kakang gata or you will not get any latik at all. I’ve never tried using canned coconut milk/cream but I think you can make latik from it, I guess. 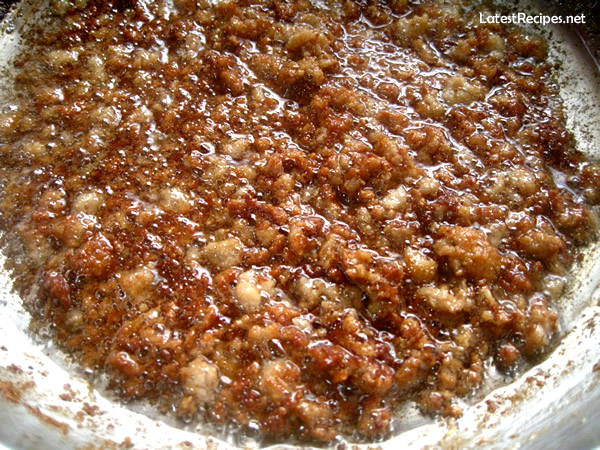 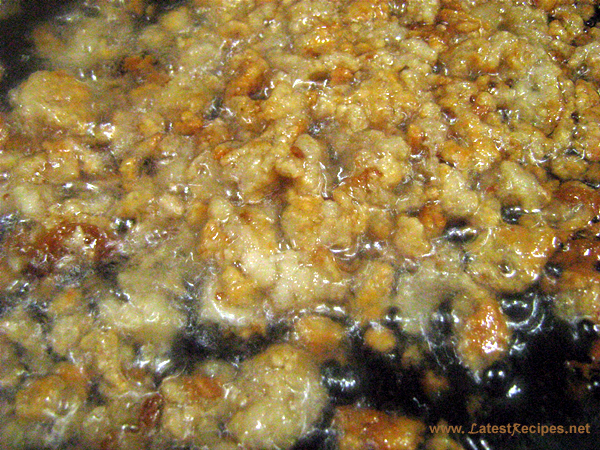 Here’s how:
Put the kakang gata (coconut milk) in a non-stick pan, and cook over high heat, bring to a boil then lower the heat to medium, DON’T STIR, just let it boil until all the water content of the milk evaporates, lower the heat some more when the coconut oil starts to come out). Gently stir the coconut milk solids that formed at the bottom of the pan with a wooden spoon to break the latik into pieces, keep stirring gently to prevent burning it.

Cook until browned. Drain the oil but don’t throw it away, you can use this to grease the pan when you cook kakanin or use it for baking.

For toasted grated coconut, traditionally this is made from the sapal or the left-over grated coconut that you extracted the coconut milk from, but you may also use store-bought dessicated coconut. Just put some in a preheated non-stick pan and cook over medium heat while stirring to prevent it from burning, Cook until it turns golden brown. That’s it! Use it to sprinkle over maja blanca, maja maiz, etc. You may add a little sugar to sweeten it if you like.