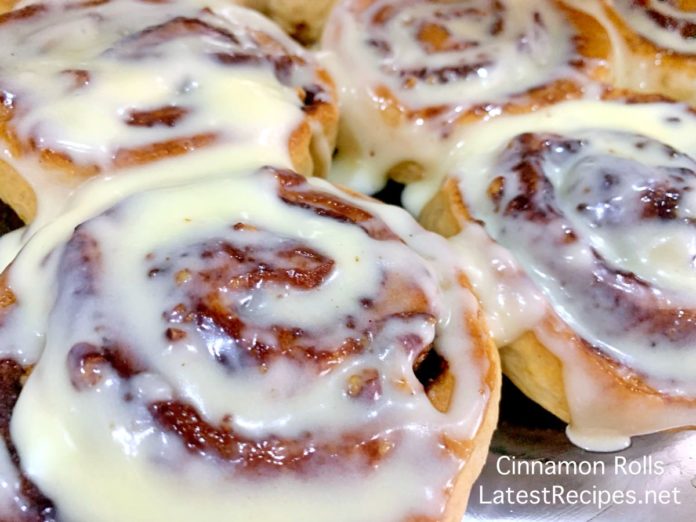 Freshly baked cinnamon rolls with a cup of coffee is one of the small pleasures in life that I really enjoyed…the smell of warm cinnamon and butter is divine, it’s one of my favorite things in the world. But as much as I love cinnamon rolls, I honestly dreaded making them because the recipe that I was using before has sticky dough but the cinnamon rolls ( If I’m lucky) comes out really soft and super yummy.

I just can’t make it consistently right; sometimes the dough gets very, very sticky and no amount of flour added could solve that problem, it’s like the blob, it just absobs the flour I try to add in. note – don’t do this. Adding too much flour will not remedy the situation. Just use the mixer if the dough is too sticky and stop when the dough is soft and elastic. The stickiness will most likely to disappear after the dough has rested on the first rise.

Fortunately, I found a better cinnamon recipe and I like it for it’s simple and gives consistent result every time.

I sometimes replace the brown sugar with coco sugar or muscovado sugar when I have it,  and I like to add more cinnamon powder..I think I may have an addiction to cinnamon 😀 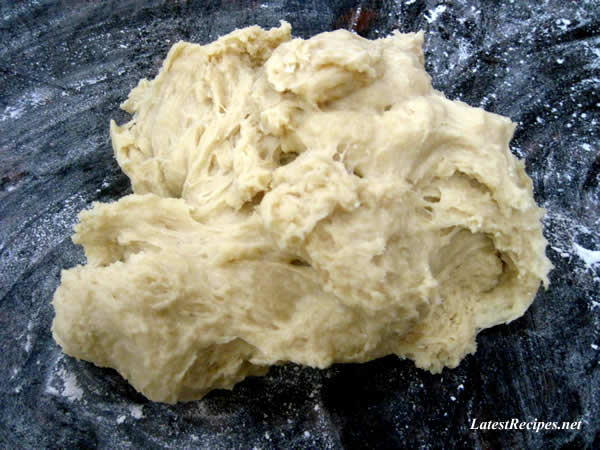 put the dough in the slightly floured surface and knead, knead… 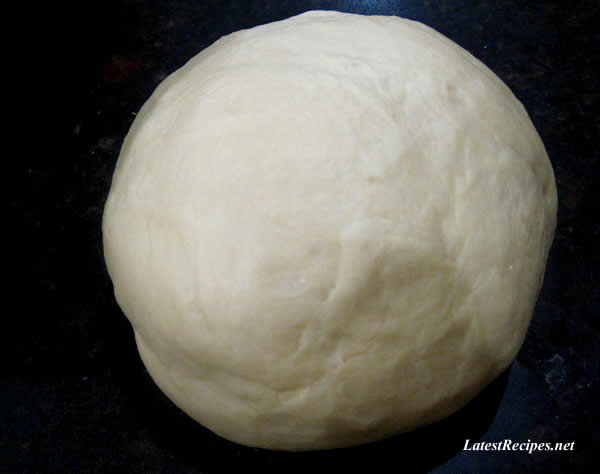 knead for 8 minutes until it’s soft and elastic..form into a ball.. 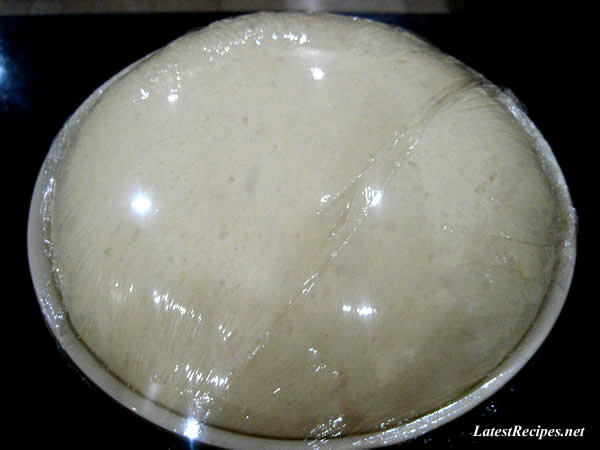 ..let rise covered for 2 hours ( I put a plastic wrap under the tea towel ) 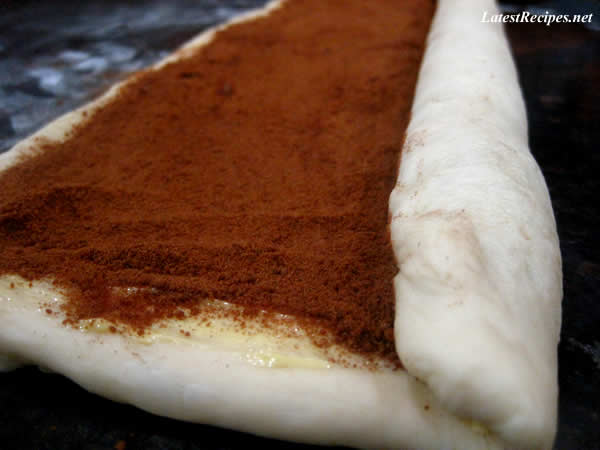 ..roll into a rectangle and spread softened butter then sprinkle cinnamon sugar 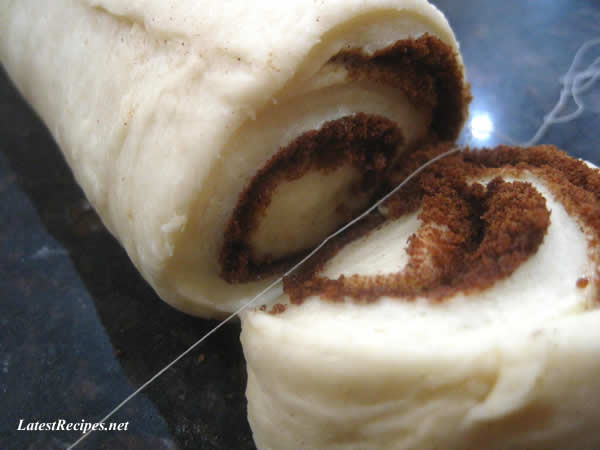 ..you probably know this already..the best tool for slicing the dough is thread or dental floss 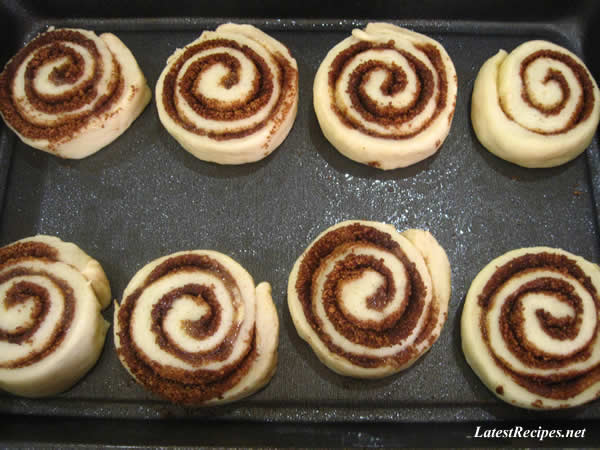 arrange the rolls on two 9×11 baking dish preferrably glass, but metal pan works too , of course 🙂 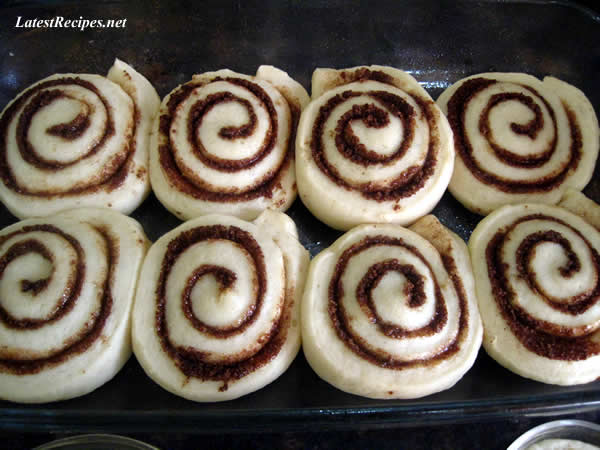 let rolls rise until double in size ( 45 minutes) then bake! 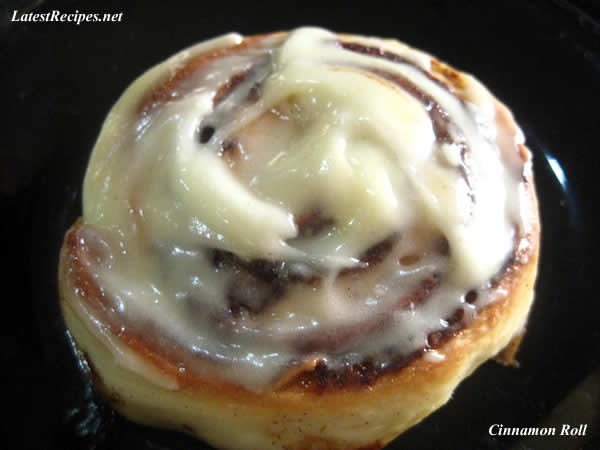 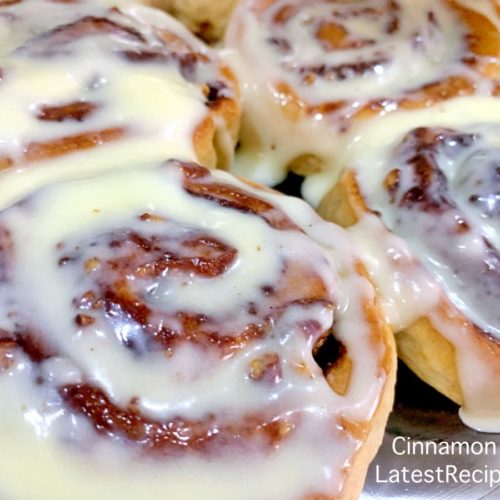 Olive
Freshly baked cinnamon rolls with a cup of coffee is one of the small pleasures in life that I really enjoyed...the smell of warm cinnamon and butter is divine, it's one of my favorite things in the world.
5 from 1 vote
Print Recipe Pin Recipe
Course Sweets, Sweets and Desserts
Cuisine American

FOR THE CREAM CHEESE GLAZE:

FOR THE CREAM CHEESE GLAZE: