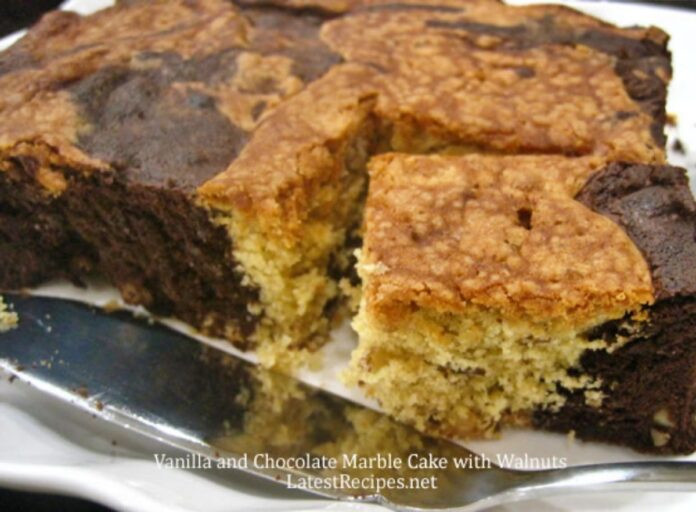 My husband and I took a nap late in the afternoon and woke up at half past nine at night,  I was so disoriented and I realized in horror that I overslept and haven’t fed my kids their dinner!!

I hurriedly made something for them to eat and sent them to bed feeling guilty as hell. To make up for it, I thought I’d make them something special since I don’t feel like sleeping yet again after a five-hour nap .:|

I tried this marbled brownie recipe, it seemed easy and quick to make…perfect for late-night baking. The recipe is adapted from Life’s a Feast, it’s supposedly a marbled brownie but it didn’t look and taste like a brownie to me, more like a pound cake with walnuts.

It tasted good although mine turned out a bit dry and crumbly. I did follow the recipe to the letter..almost- except I added coffee powder instead of cinnamon; walnuts for pecans and used light brown sugar since it’s all I have in my pantry.

This cake tastes better after a day and a very good snack for kids paired with a glass of milk or chocolate drink. 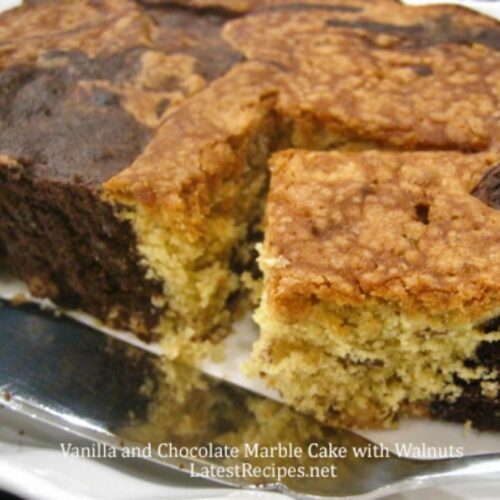