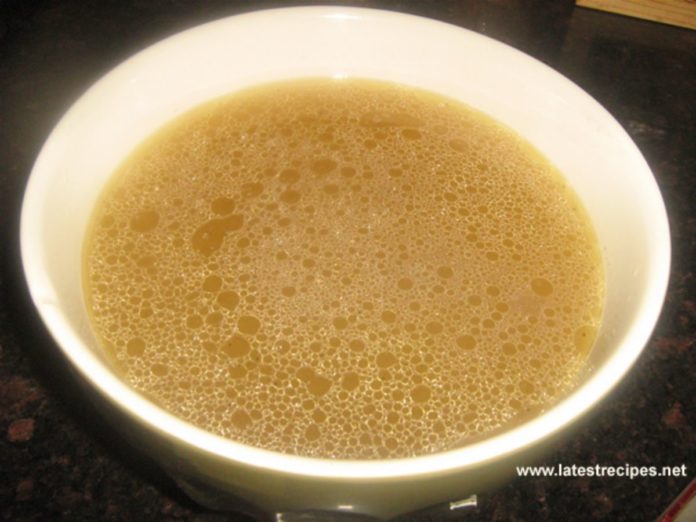 I have never made a chicken stock ever before. I usually just replace it with water when a recipe calls for it or use a boullion instead, but I seldom use that one too because of its MSG content.

Another way I replaced chicken stock in a recipe is by pre-cooking the meat by boiling it and then uses the water or broth from it. It’s what I’ve always done and it never did occur to me to make my own stock, I thought, why bother.. but then I had a sudden change of heart while cleaning the carcass (you wouldn’t believe how much meat you can still get from it, I usually use it for chicken salad or extra topping for pasta dishes) of the roasted chicken after a meal.

I was about to throw the chicken bones when I remembered watching an episode of Nigella Bites where she keeps chicken carcasses in her freezer for making stocks, hmmm……maybe it’s about time I try making one, it wouldn’t hurt to try and besides I’ve heard that it makes dishes more flavorful, I’ve certainly seen a lot of my favorite cooking personalities use stocks  instead of just water.

I did some googling and it didn’t take me long to find good information on how to make chicken stock. Elise of Simply Recipes said in her blog that you can make it two ways: first is just by adding water to chicken carcasses and boiling it with spices; the other method is by browning chicken parts (wings and legs) first before adding the liquid, this makes for a more flavorful chicken stock. She had a link there that led me to Kalyn’s Kitchen, who makes chicken stock regularly, she keeps a lot of it in her freezer, already divided into small portions.

I decided to do both methods at once, it makes sense since I don’t have enough to work with (I only have a carcass of 1 chicken), I bought some chicken “spare parts ” that’s meant for making stock, it is a lot cheaper than wings or legs since it barely has any meat on it.

So after several hours of simmering, 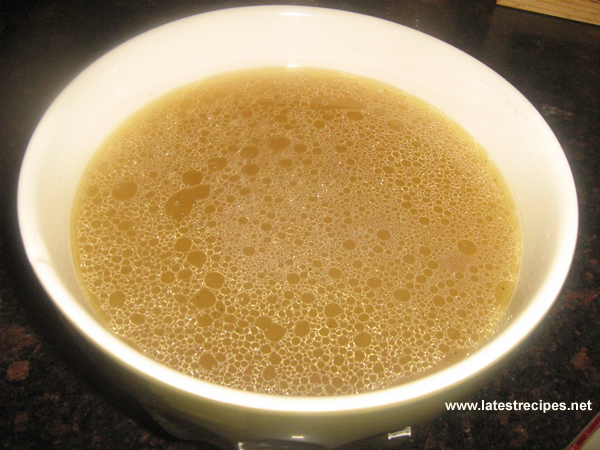 I got this much stock…. 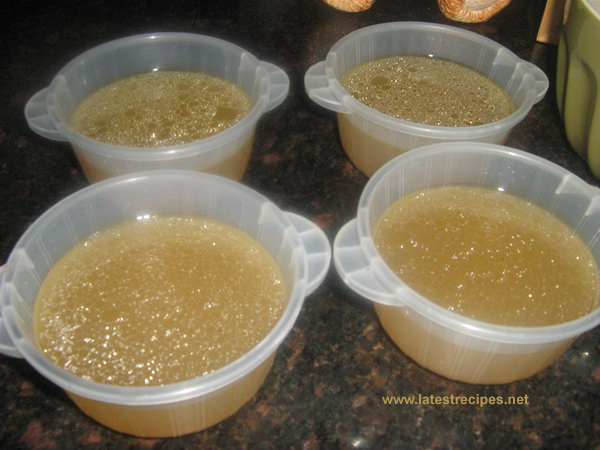 which I put into these containers (just like Kalyn’s)- each one holds about 1 1/2 cup of stock- and kept them in the freezer..

..then I used a cup of it in making Chicken Tetrazzini

That makes about 7 cups of flavorful stock. That was really easy to make, no hassle at all, I did it just before dinner time and turned it off before I went to sleep. 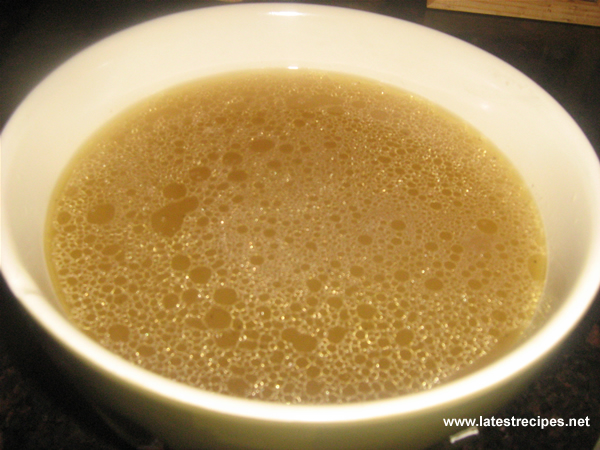 How To Make Chicken Stock

Olive
I have never made a chicken stock ever before. I usually just replace it with water when a recipe calls for it or use a boullion instead, but I seldom use that one too because of its MSG content.
5 from 1 vote
Print Recipe Pin Recipe

Keyword chicken broth, chicken stock
Tried this recipe?Let us know how it was!