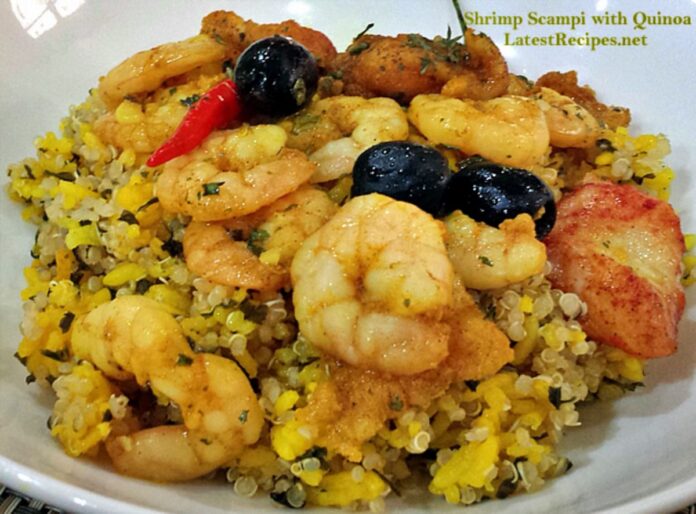 I’ve been meaning to try shrimp scampi for quite a long time, I love shrimp but it’s just recently that we get to enjoy it again because my husband said that it’s okay for him to eat shrimp again. Yay! But in moderation, of course.

He has allergic reaction to shrimp or any seafood which shows on his skin but I guess he couldn’t take it anymore, life is too short to pass on every delicious shrimp dishes and decided to take the risk (only for the shrimp though because he likes it; crab and seashells-he’s okay without).

He started to eat it again a little at a time and not frequently, with some antihistamine ready just in case. But so far, so good..no itching or sign of allergy whenever he eats it.

So now, I can try shrimp recipes that I’ve been itching to cook since. Shrimp scampi is one of them. It looks similar to gambas al ajillo which I just recently tried, especially since I used the leftover pitted black olives from it to this dish as well.

It’s not in the recipe as well as the cayenne, siling labuyo (bird’s eye chili peppers) and rice. I have to add rice to quinoa to make it easier to eat  especially for my little boy who loves his white rice so much.

He really hates it when I cook black or brown rice or when I add turmeric to our rice but he has no choice but to eat it. I know in time, he’ll learn to appreciate it.:)

The recipe is adapted from Emiril Lagasse, to see the original recipe, click here. 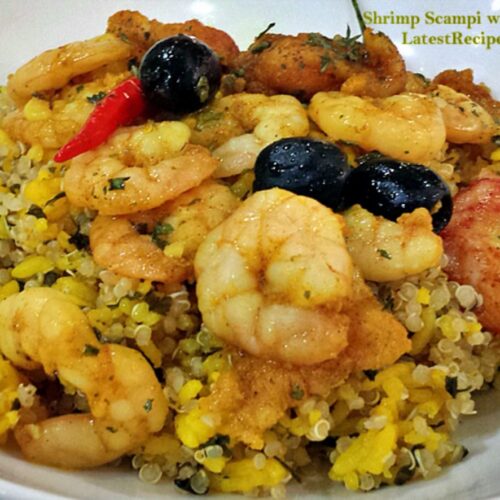 Olive
It looks similar to gambas al ajillo which I just recently tried, especially since I used the leftover pitted black olives from it to this dish as well.
5 from 1 vote
Print Recipe Pin Recipe
Course Seafood, Shrimp
Cuisine Italian
Servings 4 people