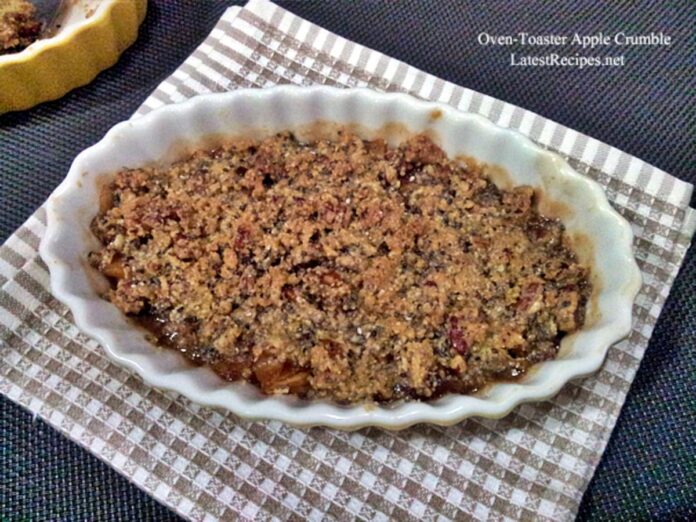 I have been craving apple pie lately but I’m too lazy to bake, because it’s too hot these days and turning on the oven just makes the matter worst.

I’ve been buying pocket pies from McDonald’s but it’s deep-fried and they’re not really healthy especially if consumed regularly. So, I thought of making apple crumble, apple pie’s easy-to-make cousin.

To make it really quick, I cut the apples into small and thin slices and pre-cooked them and make the crumb topping while it’s cooking. It’s done in under half an hour. I left them to cool while I fetch my kids from school and we devoured them after dinner.

It was really good I wished I made more haha… but that would defeat the purpose of my using the oven-toaster. Besides I find that this is a good way to control our dessert consumption– make just enough for one sitting.

No left-overs, no raiding the fridge late at night!  🙂

pre-cook apples and put in the baking dish 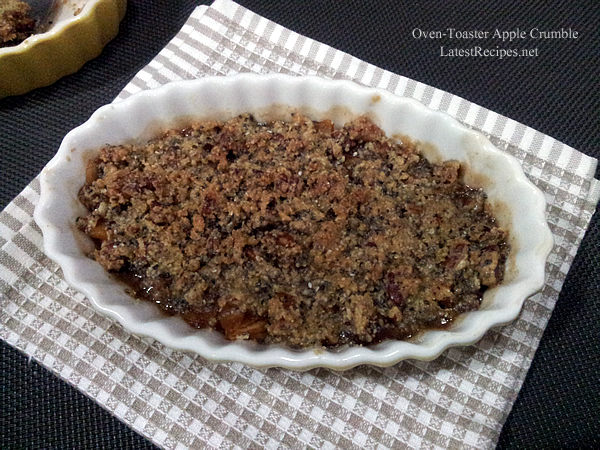 let cool before serving. great with coffee or serve over ice cream 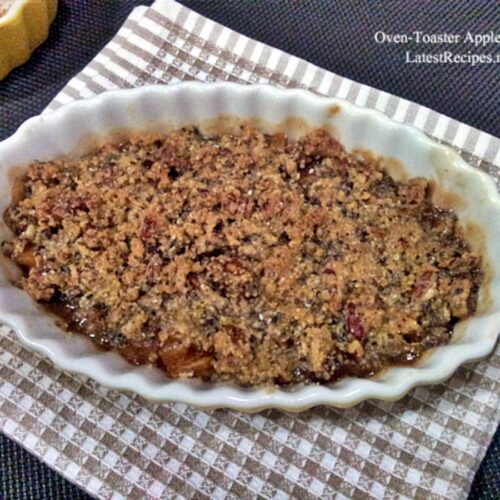 Olive
To make it really quick, I cut the apples into small and thin slices and pre-cooked them and make the crumb topping while it's cooking.
5 from 1 vote
Print Recipe Pin Recipe
Course Dessert, Sweets
Cuisine American
Servings 3 people

FOR THE APPLE CRUMBLE TOPPING: