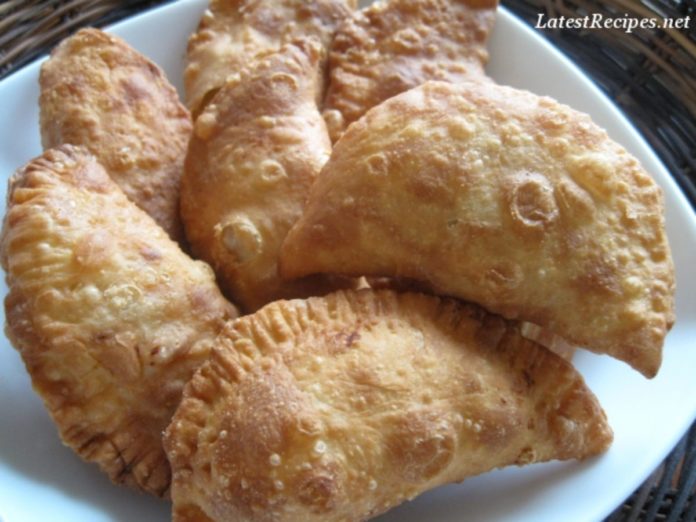 How time flies..it feels like I just posted the leche flan for Kulinarya for February and now March’s almost over which means another delicious Filipino food in spotlight.  This month’s theme is empanada..

I have never made empanada ever and did not even attempted it for some reasons: first, it’s easier to buy it from a bakeshop whenever I, or anyone in my family gets a craving for it, second,  I don’t like deep-frying because I have this dilemma about used oil: should I keep it and re-use it or just throw it away?

I used to re-use  used oil for sauteeing and pan-frying, I got this practice from my mom, she does it all the time since I was little BUT  I have read in an article how consumption of used oil can lead to all sorts of diseases like cancer which is scary so I immediately stopped using it but I still feel guilty throwing it (used oil) away, hence I avoided deep-frying as much as possible.

Lastly,  I am not that good with pastry making, I can make apple pie and mini tarts but that’s it;  but I’m not giving up on pastry-making, I know I can get better with practice..that’s why I’m happy with this month’s Kulinarya theme.

Empanada is a deep-fried stuffed pastry, usually filled meat or chicken or seafood and sometimes sweet fillings; it is Spanish/Portuguese in origin.  This food is also popular in many Latin countries and there are many versions of the dough as well as different kinds of filling. In the Philippines, the province of Ilocos is known for its delicious orange-colored empanadas where it is sold as street food.

The empanada I know and grew up with is filled with picadillo (sans the sauce) – sauteed ground beef/pork with green peas,diced potatoes and carrots.  For Kulinarya, I decided to make a slightly different filling, in the spirit of Lenten Season, I made a spicy tuna and cheese empanada, my family loved it and wants me to make these again.. 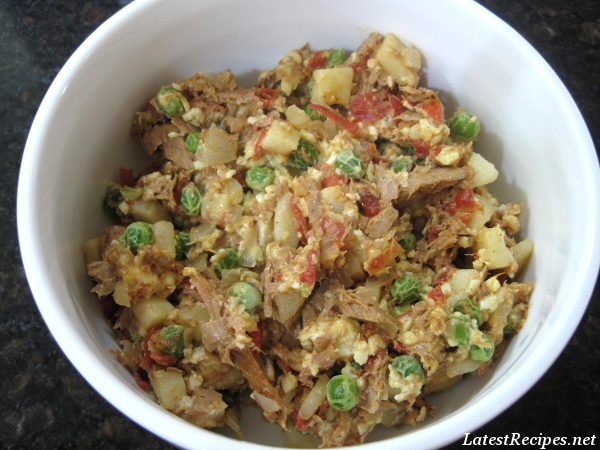 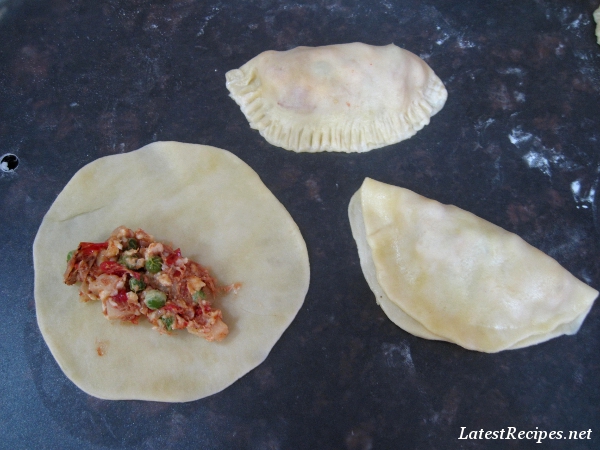 it helps when you have a plastic mat for rolling the dough, or you can use parchment paper 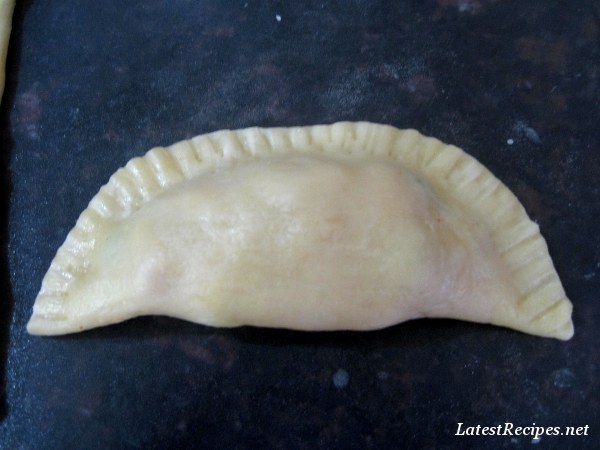 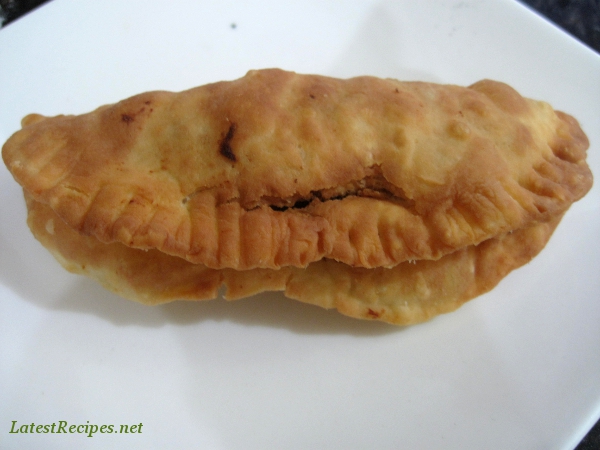 ..ahahaha..my very first empanad!  I forgot to brush water on the sides before crimping it; tip: do not use tongs the pastry is too delicate when hot, use a slotted spoon instead.. 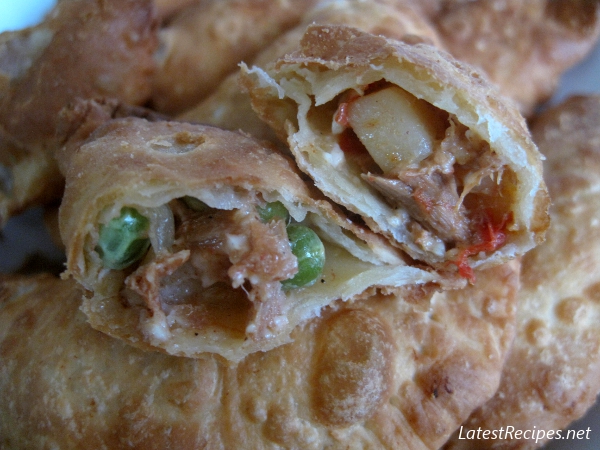 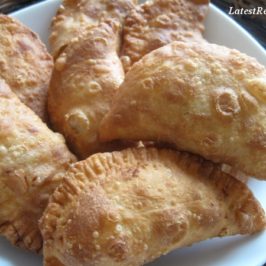 ♥Thanks for reading and have a nice day!!♥