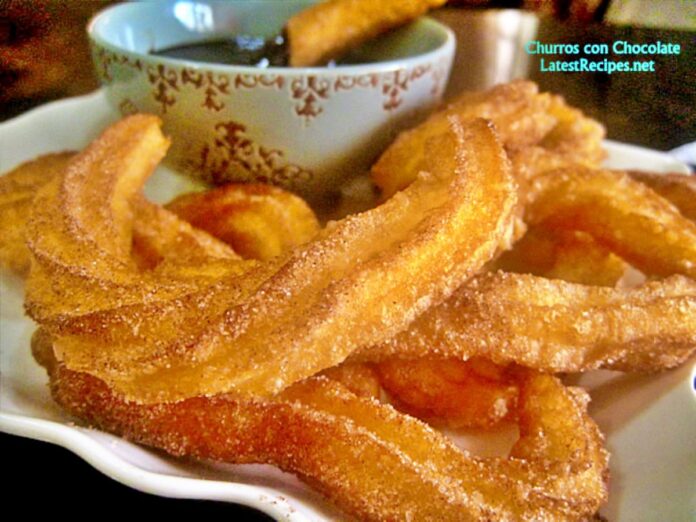 Churros are piped choux pastry – deep-fried to a golden brown, peppered with cinnamon sugar and dipped into luscious chocolate sauce…so, so yummy!

Have you tried making churros at home? This is my first time and I must say, I’m quite surprise at how easy it was to make and way more delicious than what I’ve had before.

I think because the oil is fresh in the first place plus the chocolate sauce is thicker and more chocolatey.

Deep-fried food is so delicious, so addictive when it’s still warm and fresh. Why did I even think of making this in the first place?

As expected, I’ve eaten more than what I should, there goes my promise to myself that I won’t eat too much sweets/dessert anymore.. wahh 😩

But I’m not done with deep-fried sweets yet, bomboloni (Italian doughnut) is next on my list..I have to make use of that oil one more time before I discard it. 😋

I should blame those foodies who posts mouthwatering photos on facebook or maybe I should unsubscribed from them eh?! lol Just kidding, I love food!

so addictive and so easy to make..

Make the dough: Boil water, butter, salt  in a saucepan

add the flour and..

transfer to a bowl to cool a bit then add eggs, one at a time

..when you first add the egg, it’ll look like this and feels slimy, it seems that it will not come together but just continue mixing it with a wooden spoon until you get a consistency like a mashed potato, when you add the next egg, the same thing happens..

by the third egg..it’ll have a better consistency..perfect for piping

To make sure,  I did a test, I put a little in the pastry bag with star nozzle and see if it will pipe through easily..it did! 😊

blot excess oil on the paper towels, roll in the bowl of  cinnamon sugar while still warm

then serve with chocolate sauce..delicious!! 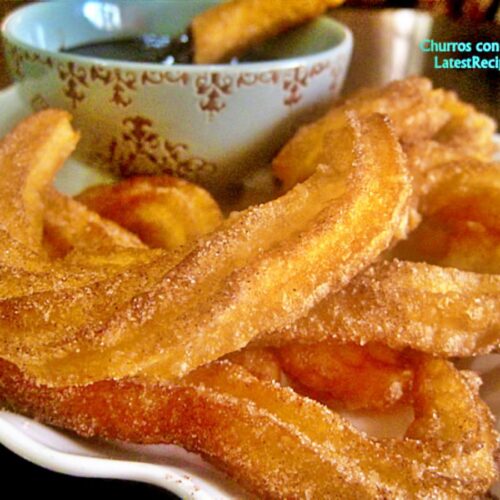