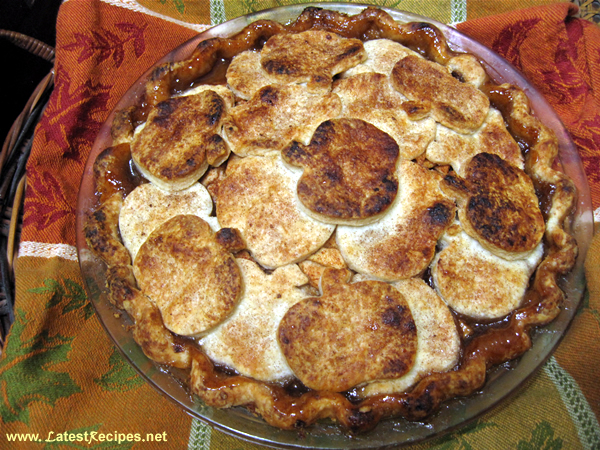 In spite of how it looks,  this apple pie is on top of my family’s favorite desserts. I know this recipe by heart, it’s the one and only apple pie recipe that I’ve been using for almost a couple of years now every week since I’ve found it. I’ve been wanting to share this for the longest time but I was afraid people would think it’s not good because of how it looks but this is really how it almost always comes out when I make it probably because of the cinnamon-sugar sprinkled on top or probably because of my oven or maybe it’s just me or .. whatever.. it’s delicious, it’s worth making and I’m sharing it 🙂

Pie-making is not easy for me, even though I’ve made this pie countless times, I still couldn’t make a consistently “perfect” pie. Rolling out pie dough is so frustrating (for me), on cooking shows they make it look so easy and beautiful but mine sticks to the counter or to the rolling pin because it’s hot in my kitchen and it doesn’t help that I have warm hands (M&Ms will melt in my hands before it gets in my mouth ^ ^).  But I found out that by rolling dough in between two sheets of plastic wrap solves my pie woes. I was so happy and very thankful for whoever thought of this and shared it 🙂 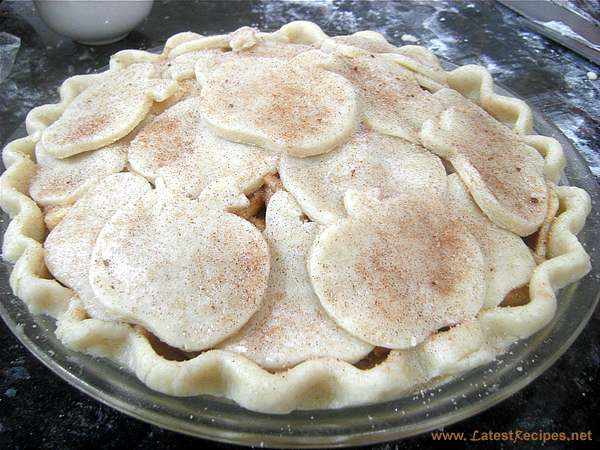 We like our apple pie as is, no whipped cream or ice cream on top. The first time I made a “successful” apple pie, I served it with a scoop of ice cream but my family didn’t like it, I did though. I like the tartness of apple pie filling contrasting with the sweetness of the vanilla ice cream and how the warm pie slowly melts it (ice cream) but I don’t want to finish the whole thing off by myself again, no matter how I love it, so I tried other apple pie recipes.

I jumped from recipe to recipes, I have one I used semi-regularly before that I also like, it requires macerating the apples but when I found this recipe from a book my SIL ( sister-in-law, my new-ly learned acronym, haha) gave me, I switched to it because it’s so much simpler and gives good result too.  Except for using fuji apples and adding extra sugar on the pie crust, I did not change anything in the recipe. 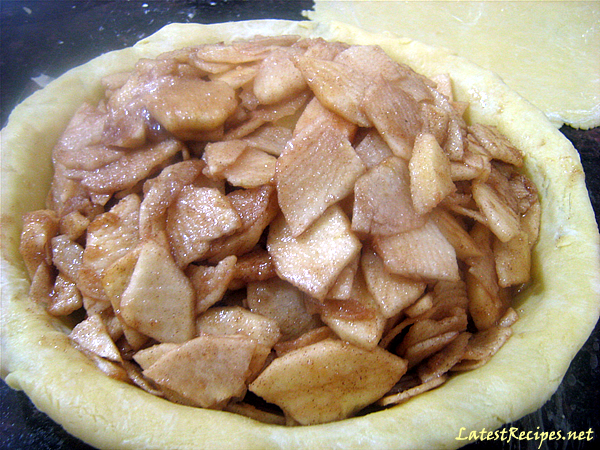 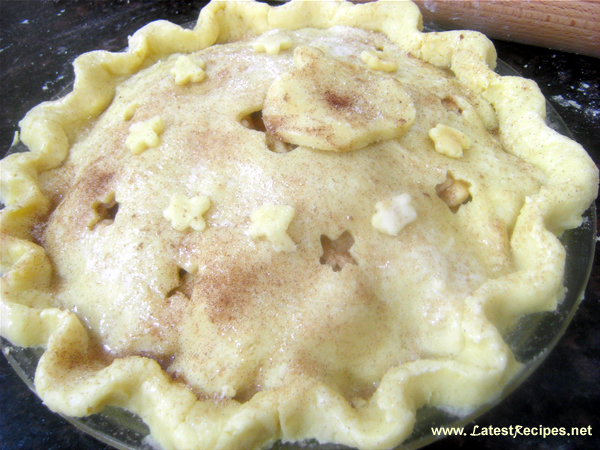 cover with the top crust..I like playing with it, sometimes I use animal cookie cutters, my fave is the one on top with cut-out apples 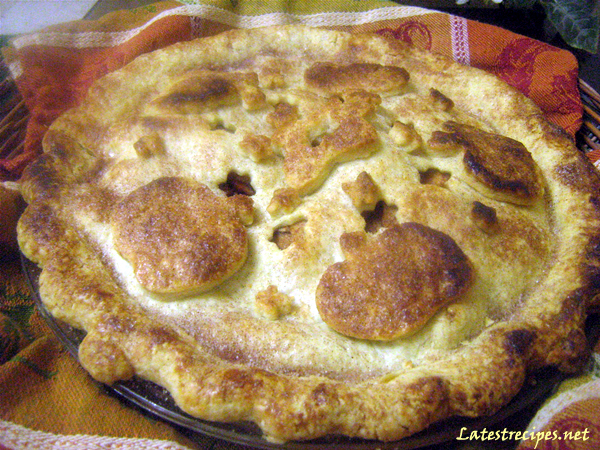 here, as you can see, the fluted edge in not distinct anymore, I used all butter here and I think it was too hot that day, the butter in the crust started melting even before it was baked. I should have chilled it first.. 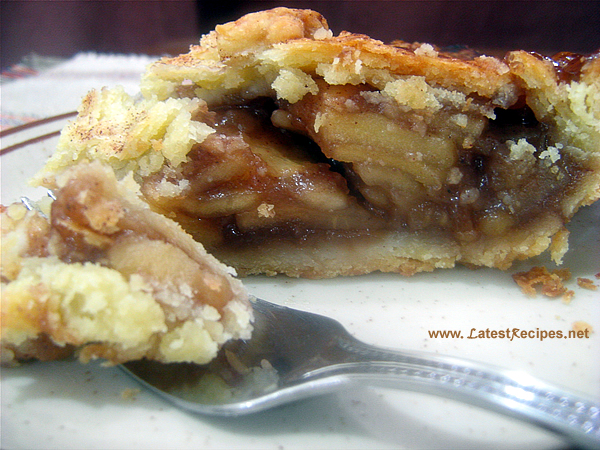 a slice of happiness 🙂 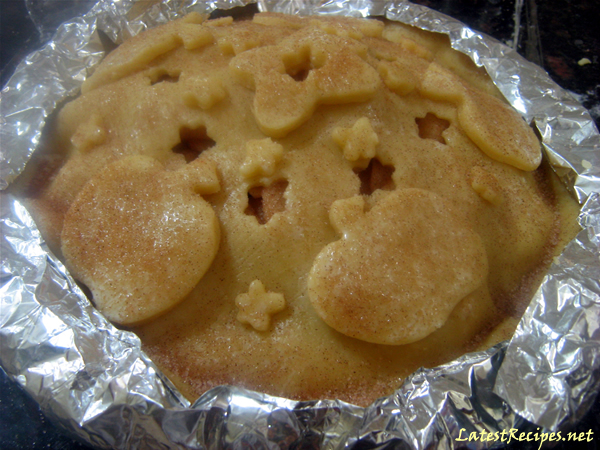 Tried this recipe?Let us know how it was!

Thanks for reading and Have a nice day! 🙂

One Pot Mac & Cheese with Veggies