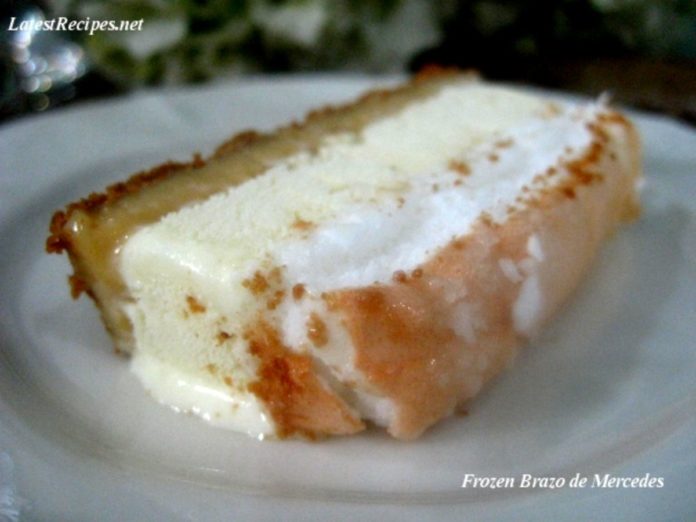 Brazo de Mercedes is a meringue cake with custard filling baked like a jelly roll. It was very popular back in my childhood days. The filling is so yummy- it taste just like  leche flan, my fave dessert on earth- actually, it was the only reason why I eat it, I didn’t like the white part or the meringue because it’s not sweet enough for me and it was too  “egg-y”  for my taste.    But that was in the past, I love meringue now 🙂

I actually haven’t tried making Brazo de Mercedes,  I’ve always been intimidated by making a meringue before and I have only tried making cake roll once or twice and both didn’t turn out well, I’m planning on giving it a try again someday. In the meantime, I’ve tried this easier and yummier frozen version first.

The recipe is adapted from True Confections as originally published here.  I didn’t change anything… except that I use a 9″ square pan for the meringue and assembled it in an 8-inch square plastic box plus I unintentionally made the slightest change to the filling as you can see below.. 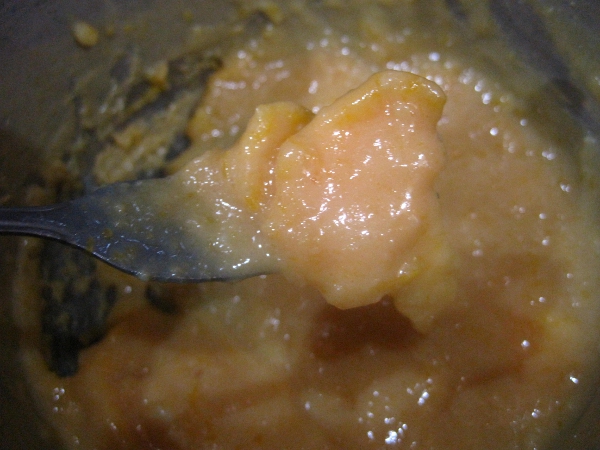 ruined custard. I was busy preparing the meringue and taking pictures that I forgot to stir the yolk into the milk, I left it on low heat and the next thing I know I got poached egg yolks in milk. I tried to stir it but it was too late..so I just strained it and added more condensed milk and 1 yolk ( I ran out of eggs)..it was very good too but it’s more like yema instead of creamy soft custard…sigh …so much for multi-tasking, I’m glad I was able to saved it..I hope I won’t make the same mistake next time ( fingers crossed) 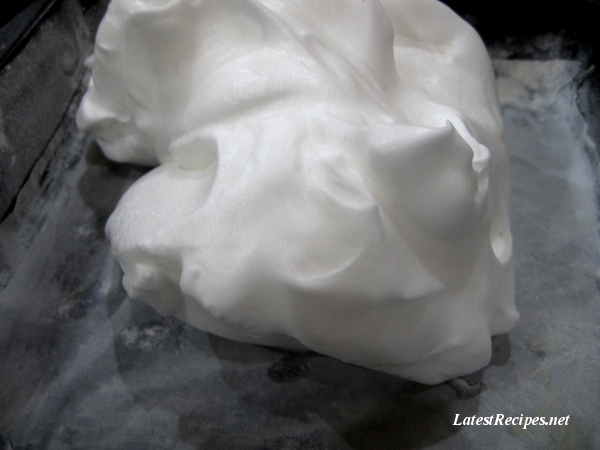 at least my meringue was just as it should be..stiff but not dry ( a first for me, my meringues were usually over-beaten) 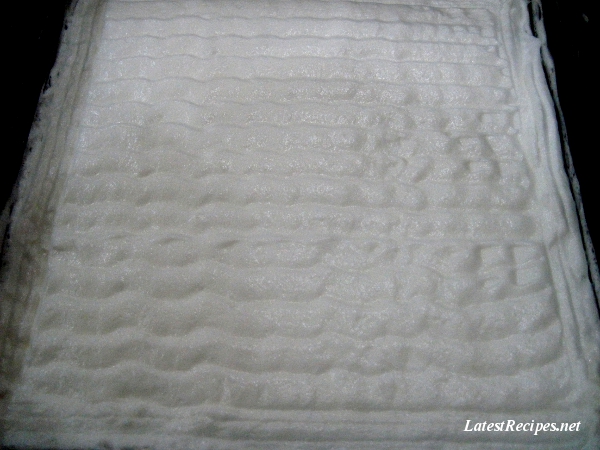 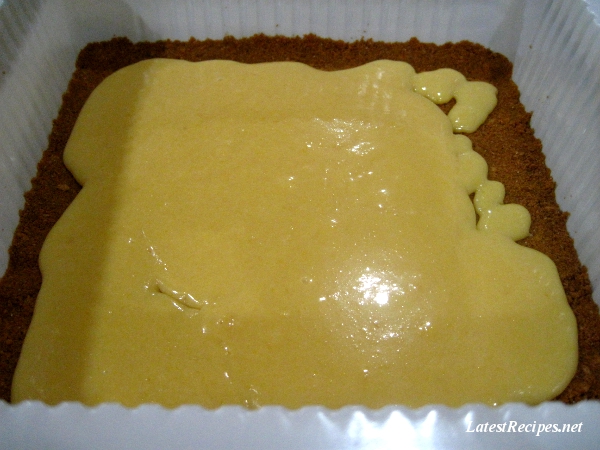 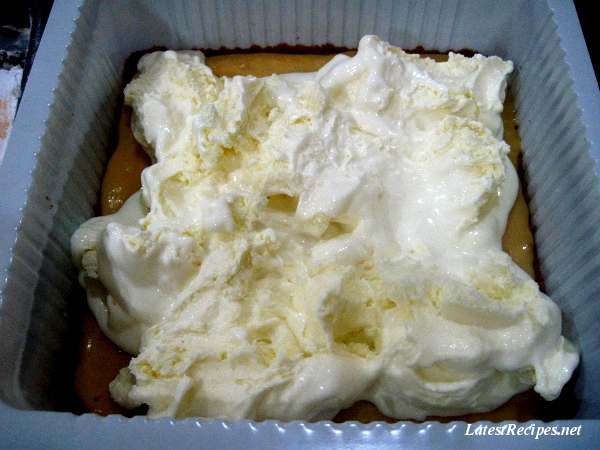 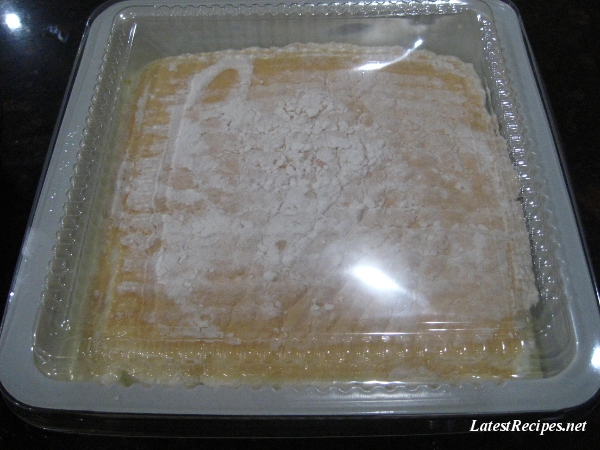 finish the layer with the meringue, cover and freeze for at least 4 hours 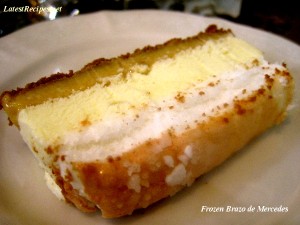 This frozen brazo didn’t disappear as quickly as the other desserts I’ve made so far..not because it’s not as yummy but probably because since it’s in the freezer, my kids forgot that we have it.. that and because there’s a sinfully rich chocolate ( will post it very soon) on the counter plus some macapuno tarts..it was sem-break and I had a lot of time to bake 🙂 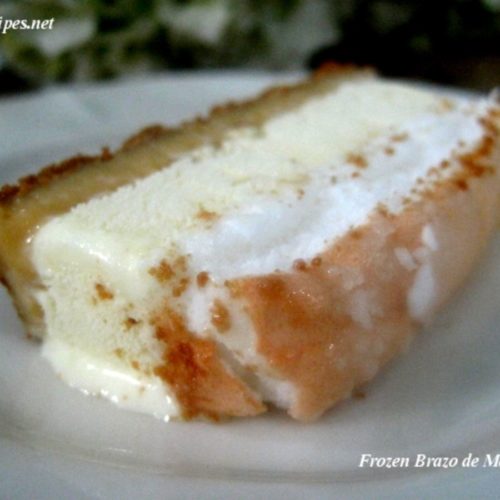 FOR THE FROZEN LAYER: