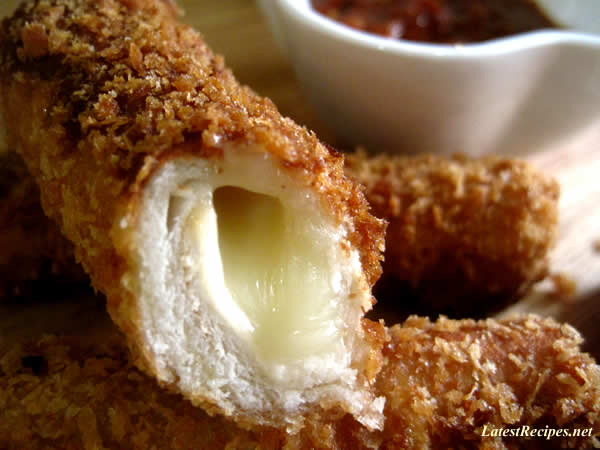 I’ve always wanted to make some of those delicious mozzarella sticks that I like so much in Italian restos. I have this recipe from Giada de Laurentiis but I still have some doubts if I can really make it right; my biggest concern was:  Won’t the mozzarella melt if you fry it?  It’s gonna burn and it’ll be a major clean-up afterwards..ughh!  But then my sisters gave me this idea when they told me about pizza rolls.

Nope, it’s not really pizza dough rolled with some filling in it, this one is much simple-r ( my sisters said they’ve seen it from a cooking show). What they call pizza rolls are actually slices of loaf bread ( we call it tasty or pan americano, sliced bread or simply pan), rolled out thinly then you spread some pizza sauce or just ketchup then top it with ham and cheese; roll it up, dip it in beaten egg then in bread crumbs and finally deep-fry it. 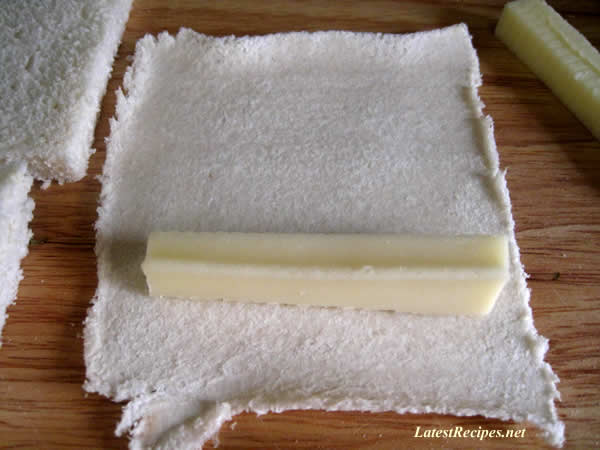 flatten bread; put a piece of mozzarella stick on top and roll.. 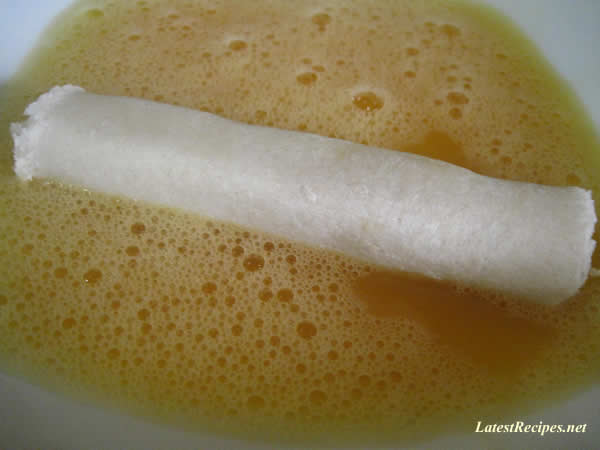 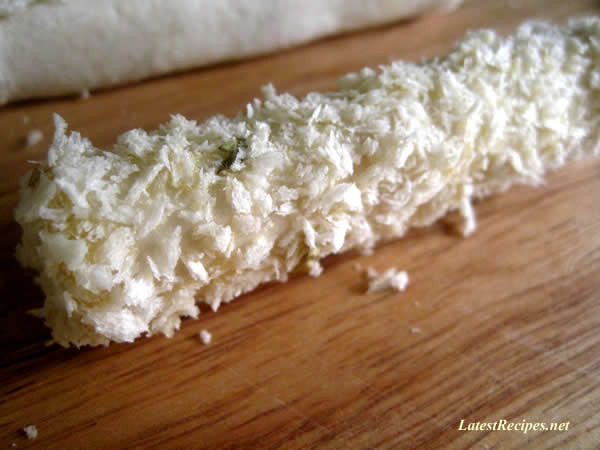 then coat with panko bread crumbs and deep-fry until golden 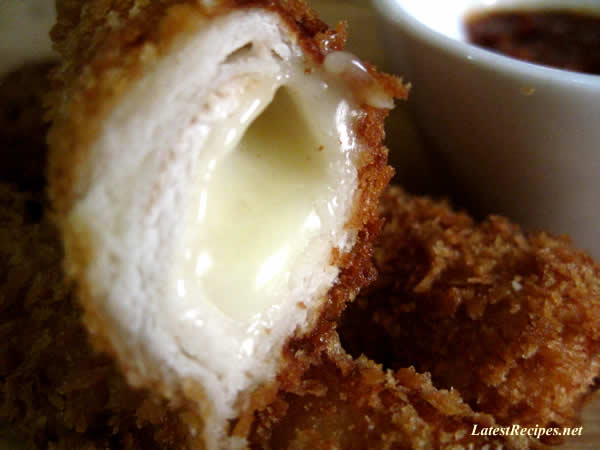 ..serve with marinara/ simple tomato  sauce ( wait a while before eating this, because it’s really hot!)

Preheat cooking oil in a deep pan. Flatten each slices of loaf bread with a rolling pin ( trim off the crust first, only if you want to, otherwise it’s okay to leave it on). Put a stick of mozzarella on top and roll it tightly; seal the end with beaten egg.

Dip the rolled bread into the beaten egg then into the bread crumbs. Deep-fry in the pre-heated oil until golden. Drain rolls on paper towels and serve with marinara sauce. Enjoy! 🙂