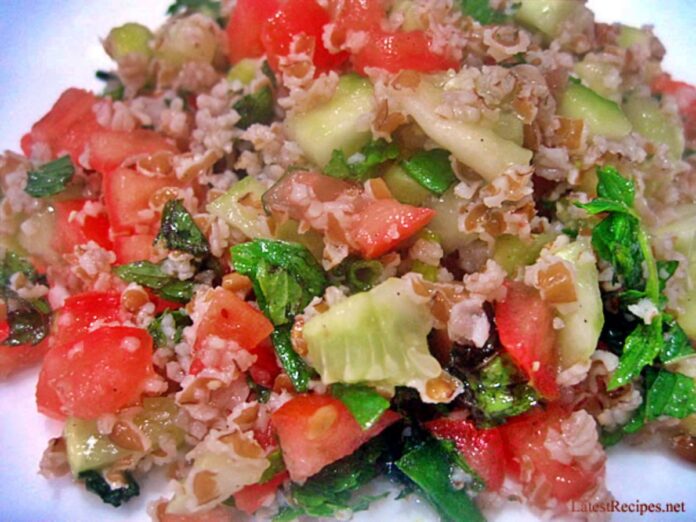 I saw this on Mad Hungry with Lucinda Scala Quinn, it was my first time to catch the show and it was an instant like for me! I happened to watch an episode with her mom where they made grilled lamb, stuffed artichoke and this salad – tabbouleh.

I’ve seen tabbouleh in some food blogs before but I never really paid it much interest but seeing it being made by Lucinda and her mom and listening to their stories made me want to make it, too plus the tabbouleh looks so deliciously colorful that I wanted to make it right away.

It was easy enough to find bulgur wheat and surprise, surprise at the back of the packaging, there was a recipe for tabbouleh too oh, but I chose to use the one from Mad Hungry with a slight change, I followed the cooking instruction at the package for tabbouleh and used hot boiling water to soak it instead of cold water…

I over-soaked the bulgur wheat but I still used it, such a waste not to.

My kids didn’t really like it, and I expected that but at least they ate it just the same.. they’ll learn to appreciate it eventually (hopefully) just like me before whenever my mother prepared something new for us to try.

I like this salad though I’ll hold back some of the lemon juice next  time.. 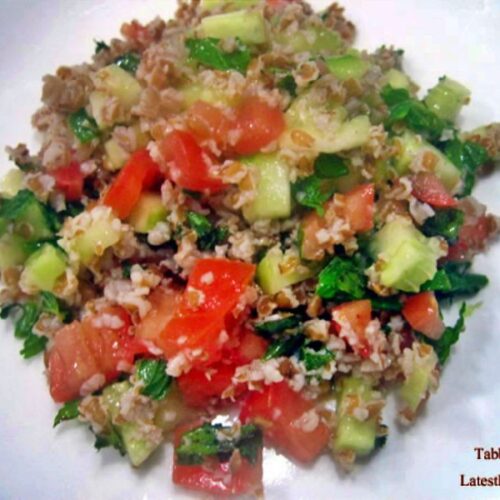 Olive
I saw this on Mad Hungry with Lucinda Scala Quinn, it was my first time to catch the show and it was an instant like for me!
5 from 1 vote
Print Recipe Pin Recipe
Course Appetizer
Cuisine Middle Eastern
Servings 6 people

Keyword how to make tabbouleh salad, tabbouleh, tabbouleh recipe
Tried this recipe?Let us know how it was!